This is an important decision of the UK’s highest court, revealing large scale unlawful treatment of EU nationals in the UK. The decision concerns the rights of EU nationals from ‘Accession States’ in the UK who are resident in the UK after having worked here.

The Supreme Court upholds the decision and reasoning of the Upper Tribunal.

EU citizens from 8 Eastern European countries which joined the EU in 2004 (known as Accession State nationals) had to pay a £90 fee to register with the Worker Registration Scheme (the Scheme) to be given a ‘right to reside’ in the UK as a worker. The Scheme initially ran from 2004-09 then was extended for a further two years in 2009. In the last two years of the Scheme, almost quarter of a million EU nationals paid to register. But the Scheme was not known to all A8 workers, and in that time, many other Accession State workers did not register. That group then risked being refused a right to reside on the basis that they failed to register, even though they had worked and paid taxes and national insurance in the UK. The result was that they may have been turned down for benefit (like Ms Gubeladze), or in extreme cases even faced removal or deportation from the UK.

Ms Gubeladze was turned down for a retirement benefit called State Pension Credit after she finished working in the UK, because she had not been registered with the Scheme for a few months in 2009-10. She challenged the decision that she could be refused this benefit because she had not registered in time. She said that the Scheme should not have been extended after 2009, because by then it did not serve a purpose, or was not proportionate. She also argued that a three year period of residence was enough to entitle her to the benefit, whether or not she had a formal ‘right to reside’ during that period.

The Supreme Court, sitting with 7 judges because of the importance of the case, unanimously decides:

The decision does not consider the question of whether someone who was forced to register with the unlawful Scheme can claim any compensation.

The Court also decided that the government has been misapplying the residence requirements for EU nationals who retire in the UK under Art 17(1)(a) of Directive 2004/38. A person must have been present for three years plus meeting the work requirements, but does not need to demonstrate a ‘right of residence’ throughout the three-year period [§92]. This is an important finding which affects all EU nationals, not just those from Accession States.

A group of bereaved family members, supported by the COVID-19 Bereaved Families for Justice network, continue their campaign for a Public Inquiry into the Government’s... 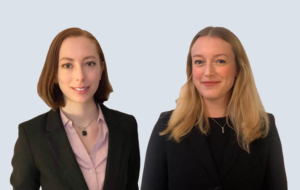 Chambers is delighted to announce that Rosalind Burgin and Lily Lewis commenced their pupillage on Monday 8 March 2021. Roz and Lily will be supervised... 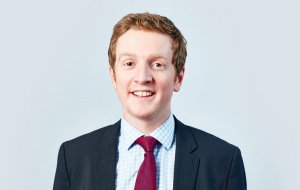 The government has this week announced that the Parole Board Rules will be amended so that some parole hearings can be held in public. This... 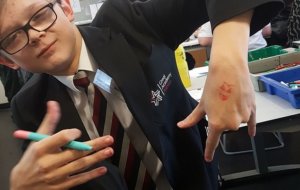 Mira Hammad, instructed by Emily Comer of Broudie Jackson Canter Solicitors, represented the family of 15-year-old Martin Sullivan at the 3-day inquest touching upon his...