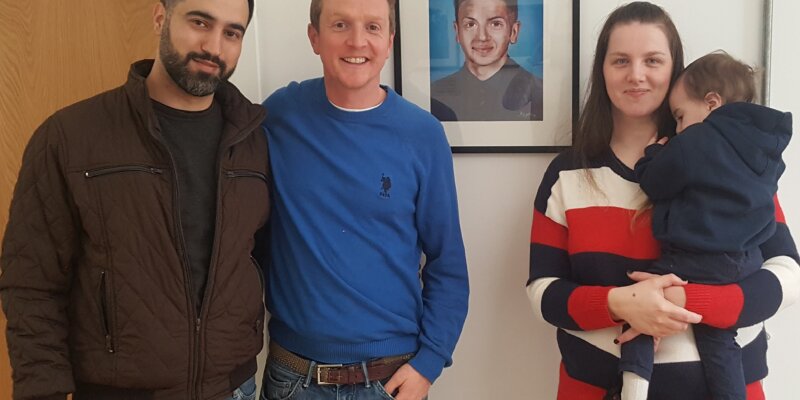 Chambers was today proud to put on display a portrait of Yousef Makki.

To mark the occasion, we welcomed Yousef’s sister, Jade Akoum, her husband Mazen, and their son Yousef.

The family were joined by GCN’s Matt Stanbury, who has been working with the family to try and secure justice for Yousef in the three years since his tragic death. Matt, led by fellow GCN member Pete Weatherby QC, represented Yousef’s family at the inquest.

The portrait of Yousef Makki was kindly donated to chambers by the artist Justin Eagleton.

‘We are honoured to see Yousef’s portrait on display in chambers.

‘We are so grateful for the public support we have received following the broadcast of the documentary and to those who have supported the Foundation.’

Yousef’s life and death featured this week in a Channel 4 documentary, Killed by a Rich Kid, which is now available on All4 (Please note that the programme contains scenes which some may find distressing).

There have also been several articles written recently which provide comprehensive coverage of the case and the events surrounding Yousef’s killing, such as these pieces in the Manchester Evening News, the i paper and The Guardian.

To mark the third anniversary of Yousef’s death, the family launched the Yousef Makki Foundation. The Foundation supports underprivileged children in education. Details about the Foundation and how to support it can be found here.