The Administrative Court has this afternoon handed down its judgment in R (on the application of Ali & Ors,) v Secretary of State for Justice [2013] EWHC 72 (Admin) (25 January 2013), which will affect the future of Miscarriage of Justice Compensation for future claimants. Of the five claimants only Ian Lawless succeeded. Mr Lawless was represented by Garden Court North Chambers’ Matthew Stanbury, instructed by Mark Newby of QualitySolicitors Jordans. In the original criminal appeal he was represented by Chambers’ Mark Barlow.

Mr Lawless successfully appealed his conviction for murder in 2009 based on the fact that the only evidence against him was his own false confessions given due to mental health problems he had at the time.

The Secretary of State refused to pay him compensation and as a result he was compelled to bring a challenge against the decision . This was always a strong case in which there was simply no other evidence upon which a jury could have convicted him . The Secretary of State sought to advance a wholly unrealistic argument to suggest this could be the case which was dismissed by the Court who paid tribute to Matthew Stanbury’s “admirably succinct submissions” [179].

In an article published today on The Justice Gap “Not Innocent Enough to be Compensated?”, Mark Newby and Matthew Stanbury write:

“Current and future claimants will likely find that their prospects of success are not improved in any substantial way by this decision; however they will at least now be able to have some confidence that the secretary of state will be required to respect judicial rulings on the state of the evidence, and to have proper regard to the rules of evidence that applied in the original and any subsequent trial. They should at the very least know that if the Secretary of State does seek to go behind such rulings, he must give reasons for doing so, that may be amenable to judicial review, and that he should only make such a departure in exceptional circumstances.”

“Overall, they remain faced with a system in which the successive secretaries of state have demonstrated themselves only too willing to find ways to avoid paying out compensation no matter how hard the search for reasons to do so.” 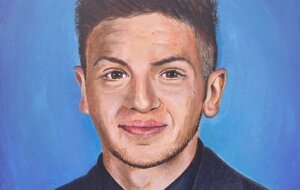 The family of Yousef Makki has today been granted permission to claim judicial review of the Coroner’s conclusion at the inquest into Yousef’s death, which...