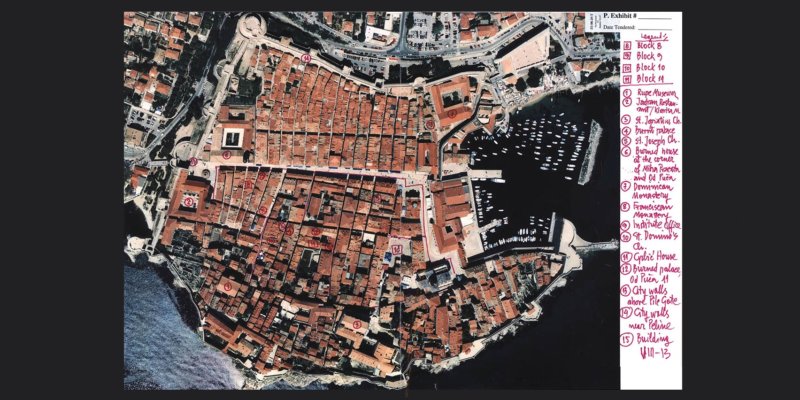 The Old City of Dubrovnik – a World Heritage Site – was targeted for destruction in late 1991 by some officers of the Yugoslav National Army. Today, restored and rebuilt, it the host city of the Annual Geoffrey Nice Foundation (GNF) Master Class. Image: Courtesy of ICTY Audio Visual Unit.

On 10 July 2019, Aarif Abraham will present at the Master Class on “Mapping, Documenting and Prosecuting Mass Atrocities” which will be held at the Inter-University Centre in Dubrovnik, Croatia from 1 to 12 July 2019. The Master Class is organised by the Geoffrey Nice Foundation (GNF) in partnership with the Transitional Justice Working Group (Seoul, South Korea).

Since 2014, the GNF has held annual master classes at the Inter-University Centre in Dubrovnik on mass atrocities and various aspects of international law. The 2019 Master Class will focus, over a two week period, on the critical role that mapping/documenting atrocities has in the subsequent investigation and ultimately prosecution of the gravest of the world’s crimes not least for holding accountable individuals responsible for them (usually state or state-aligned officials).

The talk will outline the historical basis and need for the Convention; assess the way the Convention has developed and applied over-time as a ‘living instrument’; note how it has been successfully utilised in requiring compliance with procedural rights of victims and securing redress for historic mass atrocity crimes; indicate the challenges the Court faces in trying to maintain the rule of law in Europe today. It will conclude on the likely need for the Court to flexibly adapt in the coming years to deal with an increased incidence of serious violations of international law: preceding, during or after mass atrocity crimes by individuals of Member States (either at home or abroad).