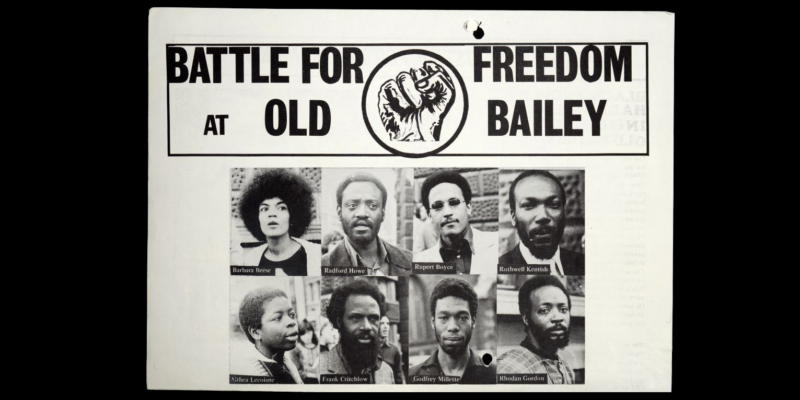 Flyer calling for justice for the Mangrove Nine,1970. In the tenth week of the trial these were distributed to black people around the court and Notting Hill to raise awareness of the case. Courtesy: National Archive. Catalogue Reference: HO 325/143.

Directed by Steve McQueen (other films include 12 Years a Slave), Mangrove centres upon the trial of the Mangrove Nine following the events of August 9th 1970 when a peaceful protest by the black community ended in police brutality and the organisers being charged with incitement to riot.  The trial was at The Old Bailey. Ian represented Barbara Beese whilst also advising some of the other activists in the running of their own defences.

The 55-day trial was notable in many ways, particularly for the defence application for an all-black jury and thereafter for a selection procedure which ultimately resulted in two black jurors on the panel. In his closing speech, Ian reminded the jury that the true authority within the court lay with them, rather than the judge.

Some of the original footage of the Mangrove 9 trial and Ian talking about it can be found below (at 11.25) here.