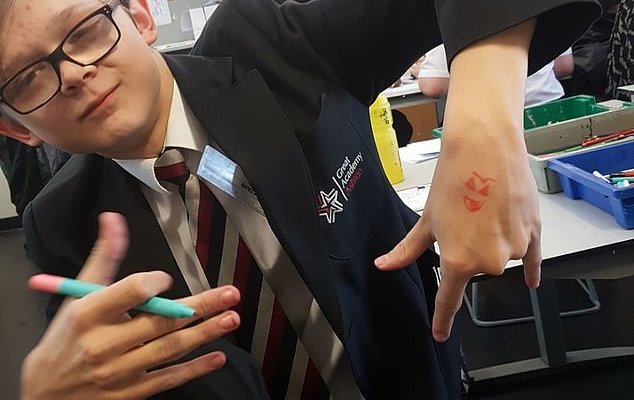 Mira Hammad, instructed by Emily Comer of Broudie Jackson Canter Solicitors, represented the family of 15-year-old Martin Sullivan at the 3-day inquest touching upon his tragic death. The inquest concluded on 27 January 2021 at Stockport Coroners Court.

Martin, was a clever, kind and hardworking boy. He was well thought of by teachers and his friends, and was a talented musician who played guitar, wrote lyrics and had organised a Christmas music show the previous year. Teachers described Martin as passionate, motivated and popular. Martin, would give up his Monday lunchtimes to meet with the school’s “Youth Parliament” to discuss things such as providing better mental health services for young people and supporting the local food bank. He loved to help others and was friendly by nature.

His father, Roy Sullivan, called 999 at 6.16am on 24 November 2019 and spoke to the North West Ambulance Service (NWAS) after Martin had awoken him saying he was having difficulty breathing and his inhalers were not working. Martin’s condition was not categorised as a ‘Category 1’ immediately life-threatening emergency but as a lesser priority ‘Category 2’ emergency, with a target arrival time of up to 40 minutes. Roy was told on the call that help had been arranged, but the Inquest heard that in fact he was in a queue of around 40 similar incidents waiting for an ambulance to be allocated. Roy was not told about the unlikelihood of an ambulance becoming available or asked whether he could take Martin to the hospital himself. At 6.33 Roy called back, reporting that Martin’s breathing was getting worse and he was nearly passing out. This call did not lead to Martin being recategorized and Roy was told that the service was very busy but that help had been arranged. By 6.50am no ambulance had arrived and Roy made the agonising decision to take Martin to hospital himself. Martin tragically collapsed moments before they arrived at hospital at 7am and could not be resuscitated. An ambulance finally arrived at the Sullivan home at 7.10am, 54 minutes after Roy’s initial call.

The Coroner, Andrew Bridgman, found that it was possible Martin’s death could have been averted had he received medical attention earlier. He was denied that medical attention because of the failure of the call categorisation system to identify Martin’s condition as a life-threatening asthma attack needing immediate response. Martin was also denied medical attention due to NWAS’ inability to meet its target response times and NWAS failure to enquire as to possibility of Roy taking Martin to hospital himself, even though NWAS should have been aware that it was unlikely an ambulance would arrive in time.

Roy’s emergency calls were coded according to the MPDS algorithm, one of 2 medical emergency categorisation systems approved by NHS England and used nationally by many trusts to determine the urgency of a medical situation when somebody calls 999. NHS England attaches an urgency ‘Category’ to the codes produced by the algorithm.

The Coroner expressed his concern that this system places lives at risk due to a failure to adequately recognise life threatening asthma attacks. He told Martin’s family that he would be making a ‘Regulation 28’ Preventing Future Deaths report to both NHS England and MPDS highlighting this concern. The Inquest heard that, due to the Covid-19 pandemic, NWAS now routinely advises nearly all callers about the possibility of self-conveyance to hospital. The Coroner will be writing to NWAS to express his view that this advice should continue to be given after the pandemic, whenever ambulances are unlikely to meet target times.

Martin’s family said “Martin was a very special boy and had a wonderful future ahead of him. We are devastated that we will never see him fulfil that potential. No parent should ever have to bury their child. It is clear from the evidence we heard during Martin’s inquest that his death could have been avoided. We are pleased that the coroner has recognised this and that he has made recommendations to prevent this from happening to other children with asthma. We are terrified that the system that is currently in place across many parts of the country puts the lives of children like Martin at risk. No parents should ever have to bury their child and we hope that NHS England will take immediate action to stop other families from going through what we have gone through. We still miss Martin so much every day and we will never be able to fill the huge hole he has left in all of our lives.”

Martin’s photograph has been used with the permission of his family.