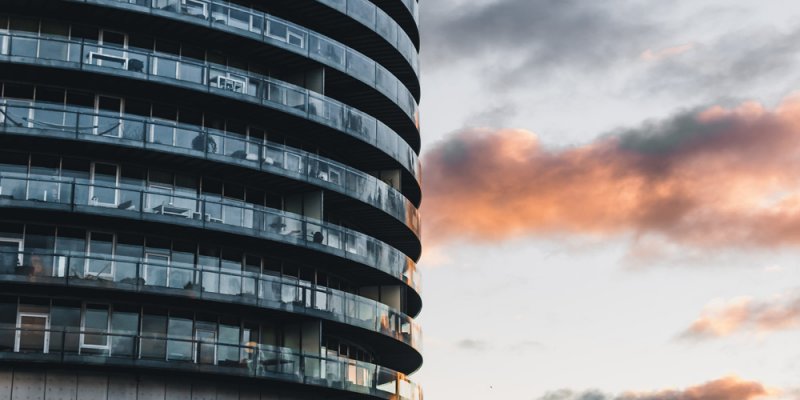 The Government has finally published its White Paper on reform of the private rented sector – A Fairer Private Rented Sector – the question mark in the title to this article is mine!

Whilst proposals such as the abolition of Section 21 no fault evictions in respect of assured shorthold tenancies are welcome, the White Paper raises as many questions as it answers, and we shall have to wait for the Bill before we can see in many instances exactly what the Government is proposing to do.

This initial appraisal will concentrate on changes to tenancy status and the recovery of possession.

For tenants, whilst on one hand their protection has been enhanced, on the other hand there are a number of new mandatory grounds for possession proposed, some of which, such as grounds on the basis the landlord wishes to sell or move in, appear to have very limited safeguards for tenants and could easily be used to hoodwink courts into granting possession.

Historically, security of tenure for the private rented sector has been thought to be wedded to some form of rent control, as such, security is illusory if landlords can simply put the rent up so as to make the property unaffordable. The Government’s response to this is to abolish automatic rent review clauses, require only one increase a year and prevent the First Tier Tribunal from increasing rents by more than the landlord sought. It is questionable whether these provisions will be sufficient to prevent landlords using rent increases to force tenants out.

Most of the detail regarding the changes to possessions in the private rented sector is set out in another document ‘A new deal for renting the Government response’.[1]

Abolish Section 21 ‘no fault’ evictions and deliver a simpler, more secure tenancy structure. A tenancy will only end if the tenant ends it or if the landlord has a valid ground for possession. Oddly, it is not entirely clear whether the Government intends to retain periodic assured tenancies in their current form and simply abolish all fixed terms and shortholds. Parts of the Paper such as the discussion of starter tenancies for social housing providers seems to make clear that shortholds will not even be retained for that purpose, but it is not clear as to whether this simpler structure will be entirely new. Then again, the consultation on Housing Courts also published yesterday seems very much to suggest that Section 8 possession proceedings will continue and thereby the current assured tenancy system.

Of great concern is the fact that there will be transitional provisions allowing in that time landlords to continue to use Section 21. All new tenancies will be periodic from six months from Royal Assent, but existing tenancies will only be converted after 18 months. This will allow a significant period during which a lot of tenants will face Section 21 proceedings – possibly from panicked landlords.

There is recognition that there are too many unlawful evictions and consideration is given to enabling civil penalties to be imposed. No sign sadly yet of a positive duty upon the Police to be either involved in prosecutions and to stop washing their hands of crimes committed by landlords such as theft of a tenant’s belongings on the basis it is a “civil matter” though the paper does speak of increased co-operation between local authorities and police.

Notably, the abolition of fixed term tenancies and Section 21 will see the back of “starter” tenancies for registered providers of social housing and it seems for their use of flexible type tenancies.

The paper announces that it will reform grounds for possession to make sure that landlords have effective means to gain possession of their properties when necessary. There are some alarming proposals with respect to the new grounds for possession. Ground 8 is to be retained but subject to a caveat where the tenant has been assessed as entitled to benefits but they have not yet been paid out – tenants in this scenario will not be evicted, provided it is the reason they have exceeded the mandatory rent arrears threshold. This, however, will not assist tenants such as those in North British Housing v Matthews where they are entitled to housing benefit/universal credit housing costs element, but it has not yet been assessed or where it has been wrongly denied or miscalculated. Let alone those facing thumping excessive deductions from their universal credit.

‘This new ground looks like a recipe for injustice’

There is to be a new mandatory ground in respect of “repeated rent arrears” where possession will be granted where a tenant has been in at least two months’ rent arrears three times within the previous three years, regardless of the balance of arrears at hearing. The basis for this appears to be what seems to me a specious argument by landlords that a tenant just reduces arrears to below eight weeks repeatedly to avoid a hearing – if landlords have been relying solely on Ground 8 and not adding in Grounds 10 and 11, they only have themselves to blame. This is the purpose of Ground 11 (which it seems is to be retained). In the circumstances described, then surely even if Ground 8 were not met this would be a cast iron case for a suspended or if the arrears could be shown to be inexcusable an order under G10 and G11 could be made outright. It has always been open to a judge to make an order for possession even when arrears have been paid off before the hearing if arrears have been repeatedly run up and paid off. This new ground looks like a recipe for injustice – for example what if arrears have arisen repeatedly due to a tenant being in and out of low paid work and having repeatedly to wait for benefits to be paid?

There are proposals for new mandatory grounds for possession if the landlord wishes to move into the property or to sell it. These appear to have very limited safeguards at present:

The regulatory requirements currently applicable to assured shorthold tenancies are apparently to be lifted with the exception of the tenancy deposit protection regime which is now apparently to be applied for the first time to non-shortholds. What, however, of the protection of restriction on bringing possession proceedings? – exactly how that will work is unclear.

Finally, there appears to be no thought given to protecting shared ownership owners from possession or any recognition of the value of their “share” if possession is granted. This appears to be a significant lacuna and again one hopes it may be addressed in the passage of the Bill .

These are some initial thoughts. They are not intended to be comprehensive – I have not dealt with the decent homes’ standard in the space and time available but although Shelter may well be right in describing this White Paper as a “gamechanger”, whether it really delivers on improving tenants’ rights in practice will depend very much on the detail and ensuring that the mandatory grounds do not become an easy substitute for Section 21. What does appear is that this is a White Paper that raises as many questions as it answers.

This article was written by James Stark.

James Stark was a former housing law solicitor admitted in 1992 before being called to the Bar in 1998. Since then he has become “one of the leading lights for social housing work” (Chambers and Partners 2010) and practises in all areas of housing law including: residential landlord and tenant, unlawful eviction and harassment, allocations and homelessness and injunctions. He specialises particularly in housing cases involving human rights issues, complex possession proceedings, homelessness appeals, and disputes involving multiple parties and agencies.