Chambers and Partners has today published its 2018 edition and has, for the thirteenth consecutive year, recommended Garden Court North Chambers. 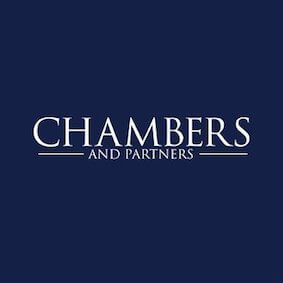 Chambers has been ranked in Band 1 for Civil Liberties and Human Rights (Northern Bar), with the editors of Chambers and Partners observing that:

Members of Garden Court North have extensive experience across a wide variety of human rights law covering proceedings before the ECHR and judicial reviews. Areas of expertise for the members include prison law, actions against the police, immigration and crime. It is well known as a go-to set in the North of England, and has members who are also involved in human rights matters in international jurisdictions such as the USA and Bahrain. Solicitors commend the set as “efficient and organised.” Recent work includes the representation of 22 families in the Hillsborough inquest.

Client service: “The clerks are excellent, they are really helpful, always get back to you and are very accommodating of urgent matters.” Sarah Wright is the senior clerk. 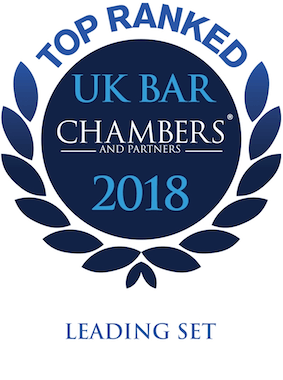 For Administrative and Public Law (Northern/North Eastern Bar) Chambers has also been ranked in Band 1, with the editors of Chambers and Partners observing that:

Garden Court North offers “strength and depth” within administrative and public law. The barristers specialise in representing claimants in a wide range of judicial reviews, and have particular strength in prison law, housing, immigration and asylum, social security and community care. Recent highlights include R (Victor Nealon) v Secretary of State for Justice, a challenge to the miscarriage of justice compensation scheme, as well as R (Mensah) v Salford, which considered the entitlement asylum seekers have to welfare payments. Members also regularly appear in inquests on behalf of bereaved families.

Client service: “The clerks and support staff are very good and professional.” “They’re excellent clerks – really helpful – they always get back to me and they’re great at accommodating urgent work.” Chambers director Sarah Wright leads the clerking team.

The Immigration Team – which has a record six ranked members of Chambers, including “Senior Statesman” Ian Macdonald QC – has been ranked in Band 2 (North/North Eastern Bar), with Chambers and Partners’ editors observing that:

Garden Court North utilises its broad expertise in immigration matters to act for vulnerable claimants and private clients across a whole host of matters. Barristers here are adept at handling cases concerning Article 8, leave to remain, deportation and trafficking. One source says: “It has been a very positive experience working with them all. They are all extremely competent and helpful. They all have a broad knowledge base of immigration and asylum matters, and are always available to discuss the merits of a particular case.” Recent highlights for the set include acting in a judicial review against an Upper Tribunal decision to refuse asylum to proven victims of trafficking in A&H v Upper Tribunal & SSHD.

Client service: “The clerks are delightfully helpful and responsive to enquiries.” “They show great flexibility in matching our needs to provide representation at very short notice.” Sarah Wright leads the clerking team.

In addition, Chambers and Partners has made 25 individual practitioner recommendations, which cover the areas of:

The full recommendations can be viewed by clicking here.