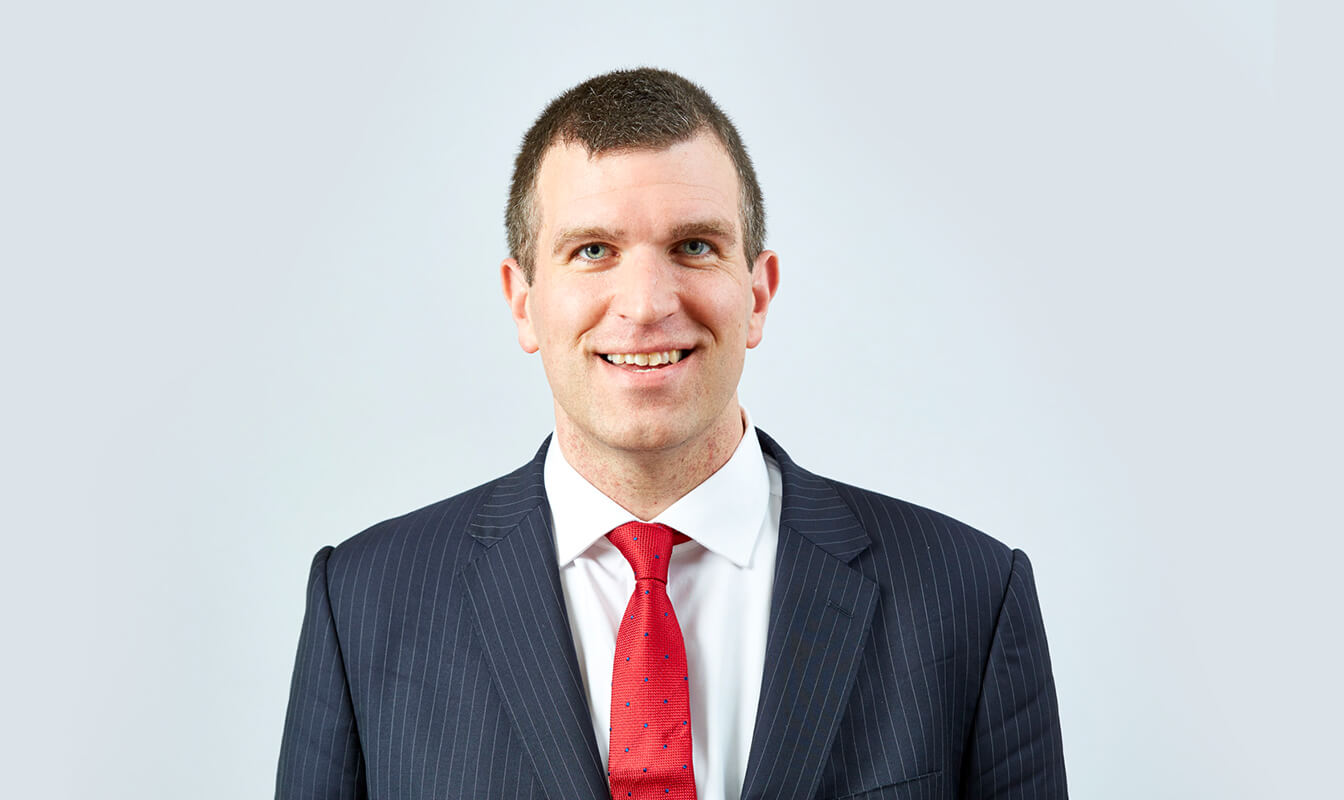 He has an encyclopaedic knowledge of social welfare law and EU free movement law. He is imaginative and clear.The Legal 500, 2022

Tom Royston specialises in immigration, housing, mental capacity and social security law. He won a Legal Aid Lawyer of the Year award in 2017, was shortlisted as the Legal 500 Regional Junior of the Year in 2019, was a Times Lawyer of the Week in 2020, and has been listed for some years in both Chambers and Partners and the Legal 500.

He has appeared seven times in the UK Supreme Court, and has experience of international litigation in the CJEU and ECSR. Most of his work is in tribunals, the county court and the Administrative Court.

Tom is often instructed in test cases about systemic problems with how the state treats individuals. Those cases have, for example, established that:

Before coming to the Bar in 2012, Tom worked in the Citizens Advice Bureau and a law centre, and as a primary school teacher. He was the UK Consumer Campaigner of the Year 2009. He established the Yorkshire Tribunal Advocacy Project, which provides pro bono representation in social security tribunals.

Tom works hard to find practical and creative solutions in disputes between people and the state, especially when the odds seem stacked against his client.

His main field is social security, in which he has appeared in a large proportion of the most significant cases litigated in the UK in recent years, but he has acted in successful public law challenges across a very broad range of work, including education, housing, statutory complaints procedures, council tax, social care and immigration.

Tom is cases editor of the Journal of Social Security Law, and has been a contributing author to several successful practitioners’ books. He is ranked in Tier 1 of the Legal 500 directory for his public law expertise.

Tom appears regularly in the First-tier Tribunal, Upper Tribunal and High Court and has also acted in test cases on immigration law in both the Supreme Court and CJEU. He has particular interest in cases involving children and family life, or claimants whose health would be affected by removal from the UK.

Tom is ranked in Tier 1 of the Legal 500 directory for his immigration and asylum law expertise. He is a contributing author to the forthcoming LAG migrants’ rights handbook.

Tom has acted in housing and homelessness work throughout his career. His reported cases in this area span a range of issues, from intentional homelessness, to unlawful eviction, to tenancy deposit law, to eligibility for homelessness assistance.

He has particular expertise with cases raising disability discrimination defences and counterclaims, and problems arising out of capacity issues or a crossover between community care and housing law, where he is often instructed by the Official Solicitor.

In the Court of Protection, Tom is frequently instructed in deprivation of liberty and in welfare cases, especially where there are difficult issues about challenges to care assessments and/or parallel housing law litigation.

His expertise in social security law is useful in cases where there are side issues about whether claimants are receiving the appropriate benefits.

Tom brings his expertise in discrimination law to a broad range of cases: in particular housing, immigration, goods and services, education and public functions. He has a particular interest in discrimination claims against public authorities in the county court. He enjoys litigation but is also experienced in bringing cases to successful conclusion through negotiation or mediation.

He is on the Equality and Human Rights Commission’s specialist counsel panel. He has published a series of articles on discrimination law in both practitioners’ and peer-reviewed academic journals.

This link (to the open-access Bailii website) lists most of Tom’s reported cases. Some further examples are:

R (Kauser and JL) v Secretary of State for Work and Pensions (CO/987/2020, 7 October 2020) Lawfulness of policy excluding disabled students from access to UC by refusing to conduct work capability assessments. Conceded by SSWP with costs after grant of permission. [Media coverage]

R (S) v Secretary of State for Work and Pensions (CO/1051/2020) Emergency challenge to failure to pay benefit to a destitute person. Conceded by SSWP with costs shortly after issue.

X v University of Y (Mediation) Litigation between student and university about reasonable adjustments for disability following neurological injury. Settlement following representation at mediation, on terms that university paid damages and costs, permitted X to continue on course, and committed to future adjustments.

X (by his litigation friend Y) v Z (County Court) Damages claim for disability discrimination in the performance of a public function – failure to arrange a home visit to perform statutory assessment. Damages and costs paid.

Selivona v Sandwell MBC (County Court) Appeal from possession order made on mandatory grounds; tenant alleged that possession proceedings defective and also indirectly racially discriminatory; after appeal was allowed and remitted, LA settled proceedings, accepting that tenant was a secure tenant not introductory and that she should remain in the property.

Begache v Noreen [2016] 6 Legal Action 48 Unlawful eviction. Included damages (in excess of rent) for a period where landlord had unlawfully reentered but tenant was unaware. Included indemnity costs for beating Part 36 offer even though made late.

Seale v Armitage Residential (County Court) Successful appeal from a first instance decision to strike out an unrepresented tenant’s tenancy deposit claim. The judge below had relied on White Book commentary which was subsequently demonstrated to be incorrect. [Media coverage]

Waliezada v Dickson [2014] 3 Legal Action 22 Unlawful eviction. £12,000 award of damages at trial (and costs on an indemnity basis) despite period of homelessness being only 6 nights.

‘Treating volunteers as “members of an association” and the implications for English discrimination law’ (2012) 12 International Journal of Discrimination and the Law 5.

‘From nought to support: setting up a volunteer-based tribunal advocacy scheme’ (2012) 154 Adviser 10.

Leading Junior, Tier 1 He has an encyclopaedic knowledge of social welfare law and EU free movement law. He is imaginative and clear. The Legal 500, 2022
Administrative and Public Law (including Civil Liberties and Human Rights) Ranked Tier 1 "Absolute understanding of the law and policy in his area of practice. Drafts beautifully and concisely. A pleasure to work with."The Legal 500 2021
Immigration: Ranked Tier 1 "Tom has developed into an extremely safe pair of hands. As well as instructing him in asylum matters, we have acted alongside him in a complex appeal relating to family members of an alleged genocidaire from Rwanda. He is receptive to new ideas, as well as bringing innovative thinking of his own to the table." Focuses on social security litigation, acting for disability benefit claimants. Royston acted for the successful intervener in the first Supreme Court case on personal independent payments. Recently handled a case on the EU Worker Registration Scheme, which proceeded to the Supreme Court where the Secretary of State’s appeal was dismissed in 2019.The Legal 500, 2021
"Clearly passionate about his work and very creative with his arguments." "He is really committed and will go the extra mile." He has particular strength in matters with some immigration or homelessness crossover. Instructed in a judicial review concerning whether the government had unlawfully restricted rights of appeal to the social security tribunal.Chambers and Partners, 2019
"He is great with vulnerable clients."Legal 500, 2019
"His advice, approach and responsiveness have all been first class." "A superstar in the making. His skeleton arguments are clear and concise, he is very bright and very pleasant." Represents individual claimants and NGOs in public law cases involving social security and welfare entitlement. He frequently handles litigation before the Upper Tribunal, the Supreme Court, as well as the European Court of Justice. Represented the Child Poverty Action Group in one of the landmark challenges to the 'bedroom tax,' which considered whether the Housing Benefit Regulations 2006 discriminate against disabled children by treating a child's carer’s room as 'spare' and consequently reducing the family’s housing benefit entitlement.Chambers and Partners, 2018