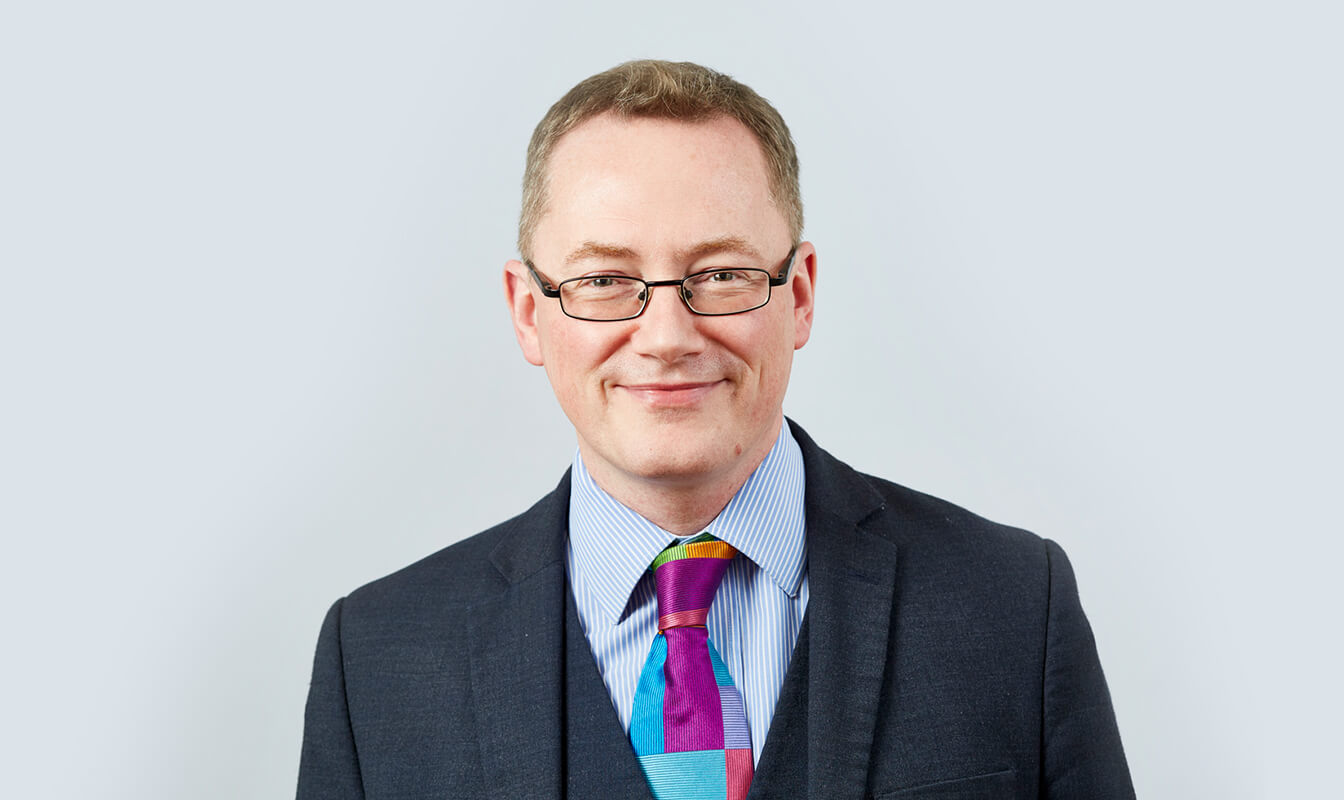 An excellent barrister, whose clients are in very safe hands.

Rory O'Ryan has worked in the field of asylum and immigration law since 1995. His practice covers the full spectrum of immigration law, ranging from personal and business immigration issues, PBS, EU free movement and protection and human rights appeals in the First tier Tribunal, Upper Tribunal and beyond, having appeared in the Court of Appeal and the Supreme Court.

Rory is recommended as a leading junior in Immigration by both Chambers and Partners and Legal 500, past comments stating that he " ..is praised by instructing solicitors for his sensitive handling of refugees and vulnerable claimants"; "He's very methodical and disciplined in his approach, and very forensic. He's very approachable too, and accessible."

Rory also acts in judicial review proceedings in areas including immigration and asylum, asylum support, homelessness and allocations and community care.  He also has a growing Court of Protection practice, which includes cases arising from the social welfare and housing spheres in which Rory is instructed by the Official Solicitor where a party lacks mental capacity.

Rory gained five years' experience of adjudicator and tribunal hearings prior to being called to the Bar as a caseworker and subsequently a legal officer at Refugee Legal Centre in London (1995 to 2000). Prior to that, he spent several years employed as a welfare rights worker, including employment in Liverpool City Council Welfare Rights Unit and London East AIDS Network. Rory undertook pupillage at Arden Chambers and Mitre House Chambers, and has been a tenant of Garden Court North Chambers since 2002.

Rory has appeared at every level of court in such matters, including the Supreme Court. His immigration practice involves personal immigration issues, including protection and human rights claims, trafficking; and deportation following conviction for serious criminal offences. He also advises in PBS applications and has advised businesses, and colleges holding Tier 4 sponsor licences. He is instructed in both statutory appeals and in judicial review matters in immigration, including obtaining urgent injunctions.

In deportation cases, he has acted in matters involving serious criminal offences, including manslaughter, rape and other serious sexual offences, and cases involving supply of class A drugs.

Rory also has considerable experience of bringing judicial review challenges against refusals by the Secretary of State to accept fresh claims for asylum or certifying such claims as clearly unfounded.

In 2015, Rory was appointed as a Deputy Upper Tribunal Judge (Immigration and Asylum Chamber) and sits part time at Field House and other hearing centres.

Rory has a developing Court of Protection (COP) practice and is regularly instructed in cases where the Official Solicitor (OS) is appointed. He acts in Deprivation of Liberty Safeguard challenges under section 21A of the MCA 2005, raising questions as to eligibility, capacity and best interests. He is also instructed to act for respondent family members in cases involving decisions about contact and residence, including cases where there have been allegations of financial or physical abuse of P by family members.

Issues of particular interest to Rory include:

In addition to matters in the COP itself, Rory has dealt with a number of cases in the County Court in his social housing practice where a defendant has lacked, or appeared to lack capacity. He was successful in obtaining an order dismissing a landlord’s application for final injunction and for committal for breach of interim injunction on the basis of the defendant’s lack of capacity to retain information about the nuisance clauses in her tenancy agreement, or the terms of an interim injunction.

Rory is interested in the overlap of public law duties owed to vulnerable and disabled clients. He has brought challenges to community care assessments under the Care Act 2014, whether as standalone issues or when arising in other contexts, eg, possession or Court of Protection proceedings.

Issues of mental health or other disability often arise in housing matters, and Rory has regularly defended possession proceedings on public law grounds and grounds of discrimination under the Equality Act 2010, including failure of the claimant landlord to abide by their public sector equality duties under section 149 of the Act.

Rory has been instructed by the Official Solicitor in cases where a party lacked mental capacity, and has appeared in the Court of Protection in relation to proceedings under the Mental Capacity Act 2005.

Rory is instructed in judicial review proceedings, including obtaining interim injunctive relief by telephone application. He acts in:

Rory’s public law cases are often settled by consent order after permission to apply for JR has been granted, often with costs paid by the Respondent.

Rory’s Privacy Notice may be viewed by clicking here.