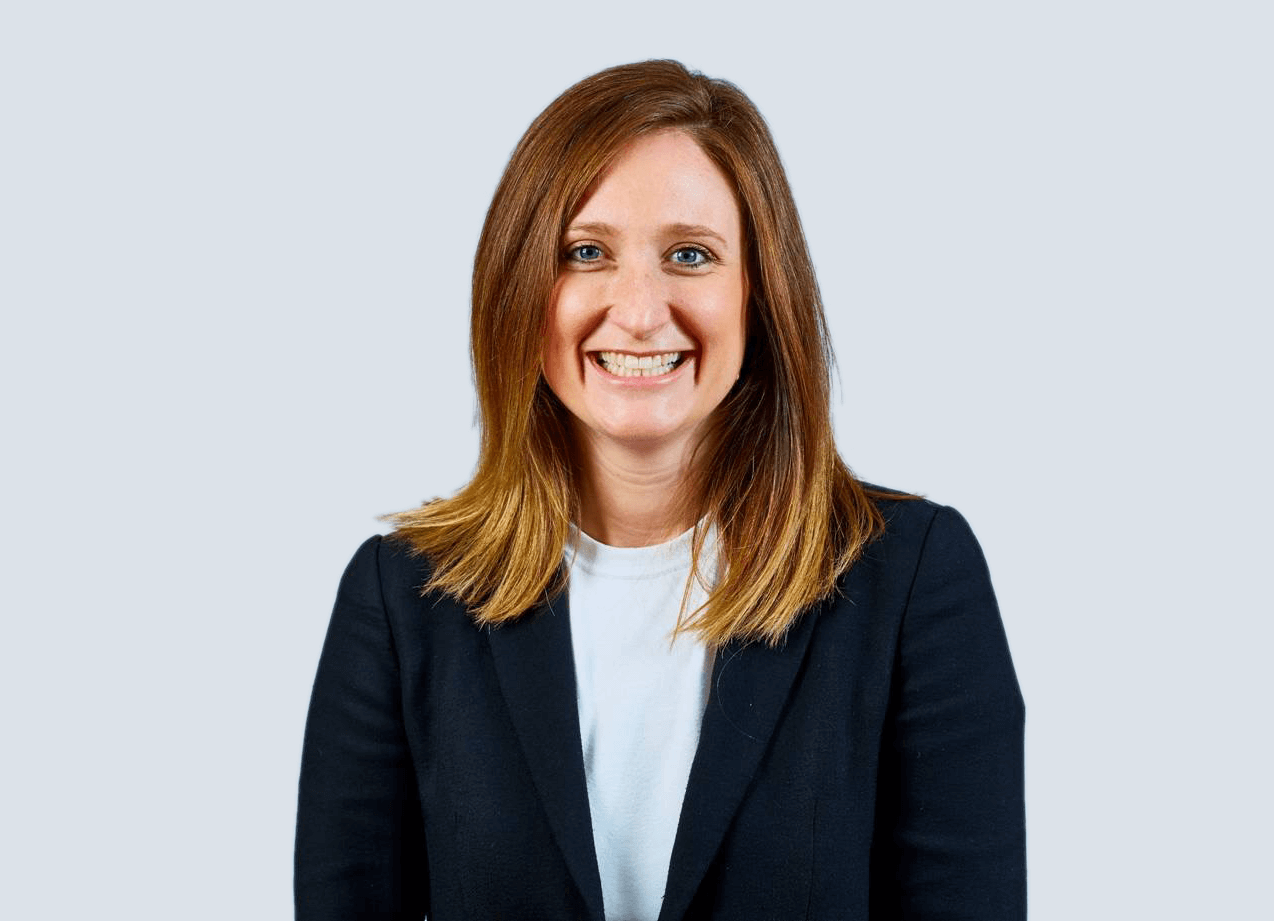 A forceful and courageous advocateLegal 500, 2021 (Crime)

Rebecca Filletti is ranked in The Legal 500 as a leading junior in general crime:

'Rebecca devotes herself unreservedly to every case from start to finish. A joy to work with and always enthusiastic. If you are looking for a barrister who applies in-depth analysis, preparation and support backed up with detailed, meticulous advice you won't be disappointed'

‘a superb oral advocate, always personable and persuasive in negotiation and in court. She is a forceful and courageous advocate who will not relinquish a good argument without a fight.’

Rebecca is a highly regarded and experienced criminal practitioner. She specialises in criminal defence and has acted as counsel to defendants accused of the most serious criminal offences including murder, manslaughter, rape, historic sexual allegations (including intra-familial and multi-complainant allegations), child cruelty, terrorism, drug offences, fraud and offences relating to serious violence and firearms.

In addition to the above, Rebecca has experience of representing military personnel in Court Martial proceedings and she accepts instructions to review and advise on the safety of historic convictions. Rebecca’s practice also covers Prison Law and Inquest and Inquiries where she has been instructed on high profile cases.

She is approachable and skilled in representing young and vulnerable defendants. She has extensive experience of representing defendants with complex mental health needs and defences involving insanity, loss of control and diminished responsibility. Rebecca regularly represents mentally vulnerable defendants in hearings to determine fitness to plead as well as subsequent trials of issue. She is experienced in advising on the instruction of relevant experts and in the use of intermediaries. She also has particular expertise representing defendants who are victims of modern slavery and exploitation.

Away from her practice work, Rebecca is a mentor with the Association of Women Barristers.

Rebecca has a breadth of experience defending clients at all levels of the Criminal Justice System. She routinely defends clients at trial  accused of a broad spectrum of criminal offences, including rape, historic sexual allegations (including intra-familial and multi-complainant allegations), drug offences, fraud and offences relating to firearms and serious violence (including section 18, child abuse and manslaughter).

In addition to her work as sole counsel, Rebecca has acted as junior counsel in cases involving allegations of terrorism, murder and large scale conspiracy.

Rebecca does not shy away from pursuing a legal argument. She has recently had success for her lay clients as a result of applications to dismiss, applications to stay as an abuse of process and applications to exclude evidence (including hearsay and bad character).

Rebecca is regularly instructed to represent extremely young and / or mentally vulnerable defendants due to her personable and empathetic approach. She is experienced in advising on the instruction of relevant experts and in the use of intermediaries. She has particular expertise dealing with fitness to plead issues and disposals under the Mental Health Act 1983.

Rebecca’s criminal practice is enhanced by her insight into the prison system, including her experience of conducting parole board hearings and challenging the same.

Rebecca was instructed as disclosure review counsel on the Independent Inquiry into Child Sexual Abuse and was allocated to the Rochdale part of the inquiry.

DS (2022) – D faced allegations of rapes. Issue was one of consent and reasonable belief in the same. Acquitted of all counts.

CD (2022) – D (who is autistic and was a child during the indicted period) faced numerous allegations of possession with intent to supply large quantities of Class A drugs. He had pleaded guilty in the lower courts. Following concerns of counsel, the defendant was referred to the NRM procedure and he was found to be a victim of child exploitation. Successfully vacated pleas and served letter before action in respect of the CPS decision to continue with the prosecution of the defendant and soon thereafter no evidence offered in respect of all counts.

BH (2022) – Court Martial – D faced allegation of rape. Issue was one of consent, including drunken consent and ability/ otherwise to consent. Involved numerous legal arguments including section 41 application and an application to stay as an abuse of process. Acquitted.

BR (aka IA) (2021) – Represented the brother of Salman Abedi (the Manchester Arena bomber) before the High Court in the Chairman of the Inquiry’s application for a warrant to be issued for his arrest. https://www.bailii.org/ew/cases/EWHC/Admin/2021/3274.html

OA (2021) – Led by Brenda Campbell QC. Junior counsel in 8-handed murder trial in the new ‘super court’ in Manchester. Allegations of gang violence between the two sides. Issues were joint enterprise and participation. Many forensic issues arising (DNA and blood spatter). Drill music and lyrics played a pivotal part in the trial.

AH (2021) – Represented one of the individuals facing count of death by dangerous driving for killing the former Mayoress of Bolton. (https://www.bbc.co.uk/news/uk-england-manchester-57387462)

R v CP (2021) Defendant unfit to plead. Trial of issue. Legal applications pursued regarding the interplay between mens rea and actus reus in cases of conspiracy and to sever the trial from other co-defendants.

R v EH (2021) Junior counsel led by Clare Ashcroft of Garden Court North in a case involving allegations of conspiracy to rob by multiple defendants. Significant disclosure and CCTV footage, raising issues to do with calibration.

R v KG (2020) Junior counsel led by Nina Grahame QC of Garden Court North in a case involving the murder of young father with a knife. Guilty plea to manslaughter on basis of loss of control accepted. Involved an assessment of the defendant’s apprehension of violence in light of her psychological trauma and psychiatric problems. Complex expert evidence. Determinate sentence imposed. Intermediary granted for entire proceedings.

R v TF (2020) Junior counsel in a case involving an allegation of murder in respect of a young male. Multi-handed County Lines case. Substantial amounts of CCTV evidence. Notice of application to dismiss resulted in matters being discontinued against the defendant.

R v PP (2020) Allegation of coercive and controlling behaviour. Successful application to dismiss on the basis that the mental element of the offence was not made out on the Crown’s case.

R v MA (2019) Complicated Proceeds of Crime Act (‘POCA’) proceedings (that were extended to a period in excess of 3 years in total) following a conviction for conspiracy to supply Class A drugs for which the defendant was sentenced to a period of 9 years custody.

R v DB (2019) Young defendant serving a custodial sentence in HMP Hull identified as violent prisoner as part of the government’s ‘10 Prisons Project’. Charged with threats to kill based on words said in mandatory therapy sessions. Applications advanced to stay proceedings as an abuse of process due to entrapment and to exclude the evidence on the basis of fairness.

DPP v Giles [2019] EWHC 2015 (Admin) Case stated from the Magistrates Court regarding the requirement for a Newton Hearing when a court is considering accepting a guilty plea in a matter that is being presented by the prosecution as being aggravated by sexual orientation discrimination under section 146 of the Criminal Justice Act 2003.

R v MS (2018) Represented high-profile individual who was facing allegations of conspiracy to defraud. Successful legal argument advanced objecting to the proposed live link venue in Russia, which led to a terminating ruling.

Rebecca’s Privacy Notice may be viewed by clicking here.

Rebecca is regularly invited to speak about legal ‘hot topics’ in the media. She has most recently spoken on LBC radio about the sentences handed down to Hashem Abedi, the brother of the Manchester Arena bomber, and Adam Russell, an individual who walked through Gatwick Airport brandishing knives. Listen here

'Rebecca devotes herself unreservedly to every case from start to finish. A joy to work with and always enthusiastic. If you are looking for a barrister who applies in-depth analysis, preparation and support backed up with detailed, meticulous advice you won't be disappointed'The Legal 500, 2022
‘a superb oral advocate, always personable and persuasive in negotiation and in court. She is a forceful and courageous advocate who will not relinquish a good argument without a fight.’The Legal 500, 2021