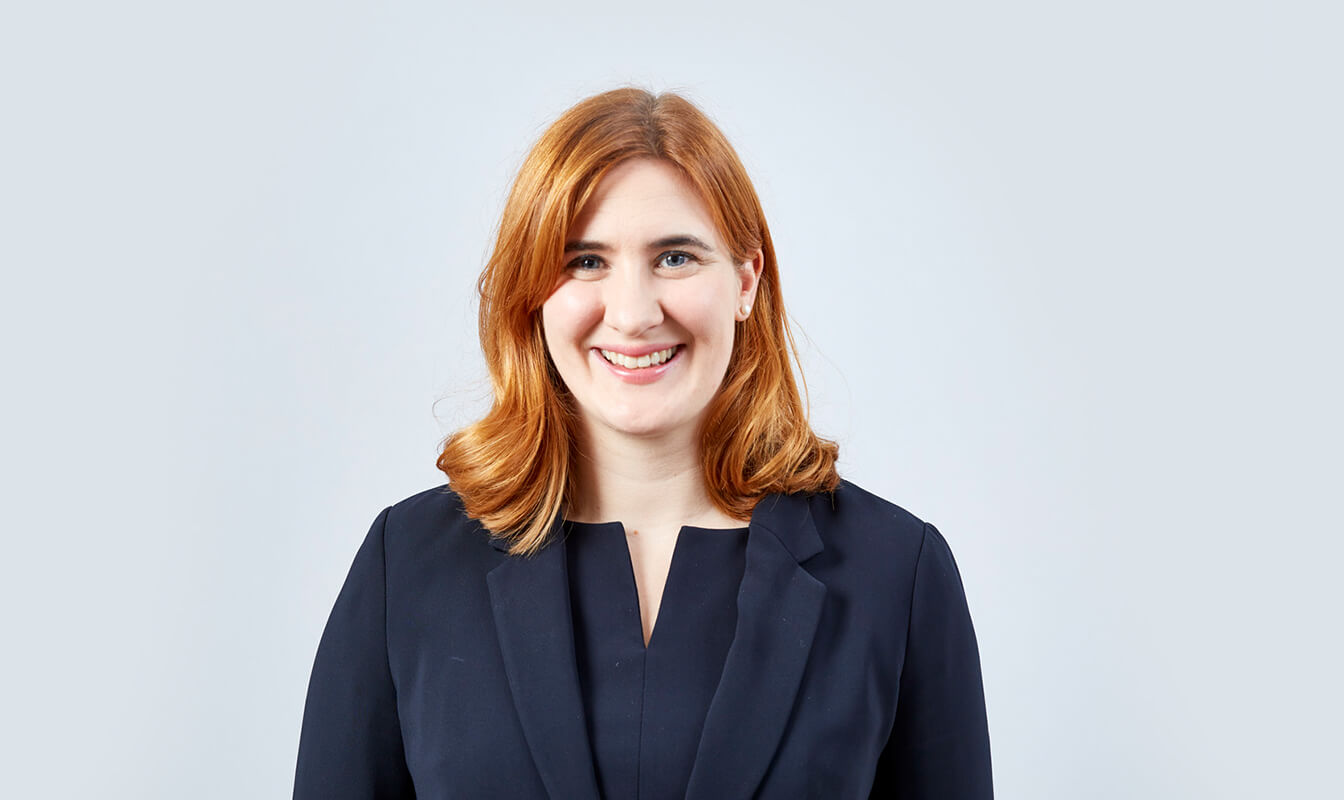 Specialises in immigration and family crossover and international family law

She has represented many vulnerable clients, including children, clients with serious mental health difficulties, domestic violence survivors and victims of trafficking.

She contributed to Chapters 5 (common travel area, crew members and exempted groups) and 9 (students) of Macdonald's Immigration Law and Practice (9th edition and supplements) and Chapter 13 (immigration law) of Patterson & Karim on Judical Review (3rd edition). She is a visiting lecturer at the University of Law in Manchester.

Natalie represents appellants in the First-tier Tribunal and Upper Tribunal (Immigration and Asylum Chamber) and advises in all areas of asylum and immigration law, including nationality, human rights, statelessness, the PBS system and EU law. Her academic and work background in international relations and development means she is adept at handling and presenting large amounts of country evidence in asylum and human rights appeals.

Natalie accepts pro bono instructions through Bail for Immigration Detainees and has experience of detention-related casework from time spent at a solicitors’ firm in London prior coming to the Bar. Natalie has significant experience representing vulnerable clients, including unaccompanied asylum-seeking children, victims of torture, victims of trafficking, and clients with serious mental health problems.

Natalie can advise on family law issues in immigration cases (and vice versa) and can represent clients in both sets of proceedings.

A founding member of the family team at GCN, Natalie acts in all areas of family law, with a focus on children law, domestic violence, and relationship breakdown where immigration or international issues are involved in child arrangements and/or divorce proceedings. She can advise on children’s nationality status and routes to secure their status in the UK and on jurisdictional issues in care proceedings, including recognition and enforcement of orders.

Natalie has extensive experience in judicial review claims relating to delay in asylum decision-making and has undertaken a large number of other immigration and asylum-related judicial reviews including the refusal of fresh claims, PBS (points-based system) applications, DVILR (domestic violence) applications, cases involving alleged deception with English language tests, age assessment, Cart JRs (where the Upper Tribunal has refused permission to appeal a First-tier Tribunal decision) and the certification of protection and/or human rights claims as clearly unfounded or on a third country basis. Relatedly, she also accepts instructions on challenges to the provision of asylum support and accommodation.

Natalie previously specialised in urgent removal and unlawful detention cases as an immigration caseworker in a major law firm and can provide practical advice on procedure as well as grounds.

Due to her immigration expertise, Natalie can advise comprehensively on cases involving the right to rent and has represented a number of European (EU/EEA) national clients in rent arrears possession proceedings where their status and rights to various benefits were in issue. She has a special interest in asylum support cases and challenging issues such as adequacy of section 95 accommodation, including disrepair.

Natalie’s international experience and studies prior to coming to the Bar centered around issues relating to armed conflict and small arms and light weapons.

Natalie worked for the small arms team at the United Nations Office for Disarmament Affairs in New York, mainly on the implementation support system for the Programme of Action on Small Arms. She was a UN volunteer in Juba for the United Nations Development Programme’s Support the Southern Sudan Referendum Project in 2010 – 2011 and returned two years later to the Joint Operations Centre of the United Nations Mission in South Sudan (peacekeeping). She also volunteered for a human rights NGO in Uganda and Kenya (prisoners’ rights) and spent 6 months interning for a post-confict reconstruction specialist NGO in Uganda, where she represented the organization at high level meetings in Kampala on issues such as agriculture and pastoralism. Her interest in the intersection between international human rights law and conflict was furthered by a summer internship at Reprieve on the secret prisons and extraordinary renditions team.

Natalie’s Privacy Notice may be viewed by clicking here.

Natalie studied law at the University of Cambridge, where Pembroke College awarded her a scholarship to spend a year studying at Occidental College in New York and Los Angeles, including an internship at United Nations headquarters. She completed a masters with distinction, taking a double concentration in International Relations (specialising in conflict management and international law) and International Economics at the Johns Hopkins University School of Advanced International Studies (SAIS) in Bologna, Italy and Washington DC.

Before coming to the Bar, Natalie was a consultant on the small arms and light weapons team at the United Nations Office for Disarmament Affairs in New York and worked in Juba for the United Nations Mission in South Sudan and the United Nations Development Programme in the former Southern Sudan (on its project to support the referendum for independence). She has also volunteered for peacebuilding and human rights NGOs in Uganda and Kenya and is particularly interested in conflict-affected areas and sub-Saharan Africa. In the UK, Natalie has previously volunteered for Asylum Support Housing Advice (ASHA) in Manchester, Reprieve (secret prisons and extraordinary renditions team) in London and the Kingston Legal Centre. She was a national committee member of Young Legal Aid Lawyers for five years and is a trustee of the Omega Research Foundation, which specialises in research and training in accountability and human rights issues related to military, security and police (MSP) technologies.

Natalie was awarded a Major Scholarship from Inner Temple to complete the Bar Professional Training Course (BPTC) at Kaplan Law School, for which she was graded Outstanding. She completed pupillage at Chambers in October 2014 under the supervision of Rory O’Ryan.