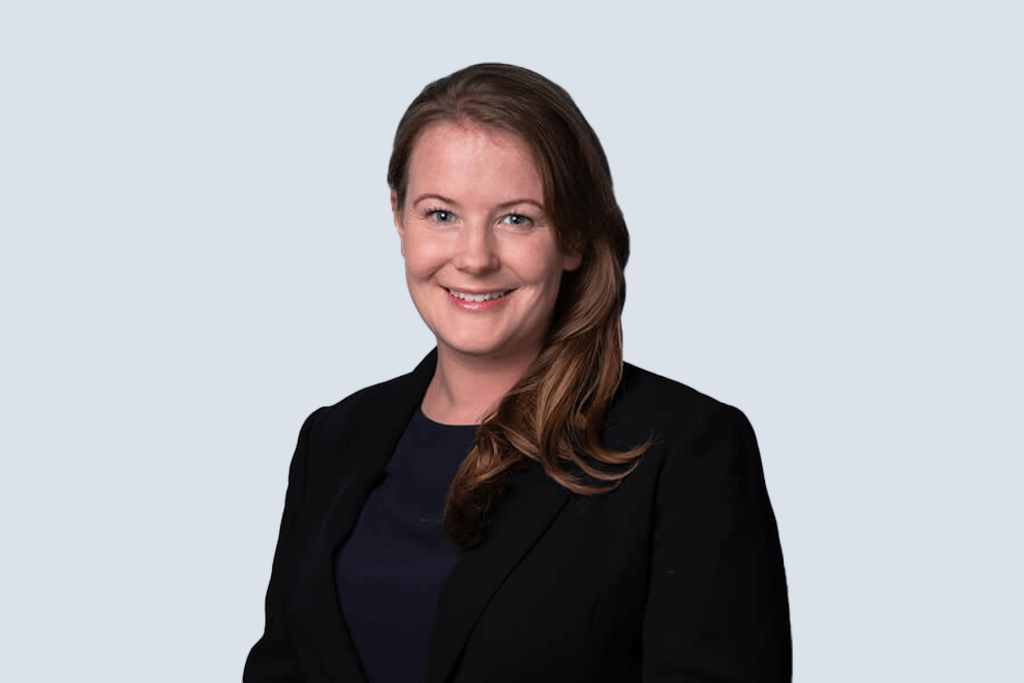 Is able to explain complex legal concepts in an easy to understand way to lay people, and gets to the root of the issue at hand quicklyLegal 500, 2020

Lyndsey Sambrooks-Wright joined Garden Court North Chambers as an Associate Member in 2019. Lyndsey is regularly instructed in public and private family law matters, including cases with an international element, as well as the Court of Protection. Lyndsey also maintains a criminal defence practice and is an experienced mediator.

Lyndsey is regularly instructed in all areas of family law including public law, private law and applications for international family law.

Lyndsey is a member of the Court of Protection team. She has represented clients and Local Authorities in a variety of proceedings including personal welfare applications, deprivation of liberty applications (including emergency applications) and applications involving teenagers.

Lyndsey has found that her family law experience has been of particular assistance when acting in cases that fall between the Court of Protection and Children Act 1989, particularly those relating to complex medical issues and vulnerable clients.

Lyndsey qualified as a mediator in 2014 through ADRg. She mediates family cases involving children and financial arrangements, medical issues and intergenerational disputes. Further details can be found on the Garden Court Chambers Mediation website.

Represented the mother in a case whereby the parents were accused of causing a number of non-accidental fractures to a baby, an allegation supported by all the medical experts in the case.

At the end of a six-day fact-finding hearing, no findings were made against either parent, the care proceedings were dismissed and the children were returned home.

Represented mother in care case whereby young infant had suffered developmental delay due to ingestion of Class A drugs. Contact regime put in place for mother.

Successfully argued that the matter should be heard in Spain, despite previous consent order accepting that jurisdiction remained in England and Wales.

Represented parent in private law children case whereby one parent was undergoing gender reassignment. Issues relating to reintroduction of child to parent after long period of no contact.

Acted as junior alone for Local Authority in case of shaken baby syndrome. After ten day fact-finding hearing, findings were made that the child had been shaken. Child subsequently rehabilitated to parents.

Acted as led junior representing the Local Authority in alleged case of shaken baby syndrome, in which the child was instead determined to have died as a result of a complex medical condition.

Successfully argued that England and Wales was the appropriate jurisdiction for a private family law dispute, where the children’s habitual residence was deemed to lie in Eire and the issue of jurisdiction was contested.

Prior to coming to the Bar, Lyndsey worked as an assistant to a Consultant Clinical Psychologist providing medicolegal reports to the family courts and specialising in transgender issues. Lyndsey continues to produce publications through this partnership.

Publications include a discussion of the issues faced by transgender clients within private law children proceedings and applications under the Gender Recognition Act 2004. Lyndsey has been interviewed by LexisNexis regarding the decisions in J v B (Ultra-Orthodox Judaism: Transgender) [2017] EWFC 4 and Re M [2017] EWCA Civ 2164. She also considers the ramifications in AP v JP (Transgender Applicant for Declaration of Valid Marriage) [2019] EWHC 3105 (Fam).

Lyndsey was contracted to edit and maintain the Practical Law (Thomson Reuters) domestic violence and abuse section in 2017. She has also produced a number of articles for Practical Law, including publications on s20 agreements and claims under the Human Rights Act.

Lyndsey regularly produces training materials and undertakes seminars for the benefit of professional clients. Lyndsey has a particular interest in issues relating to transgender clients and chaired group sessions discussing the impact of the Gender Recognition Act 2004 at the International Women’s Conference 2015.

Lyndsey spent some months in Cambodia in 2015 working with a number of NGOs specialising in human rights advocacy. She continued to advise and assist remotely for a number of years after her return.

Lyndsey’s Privacy Notice may be viewed by clicking here