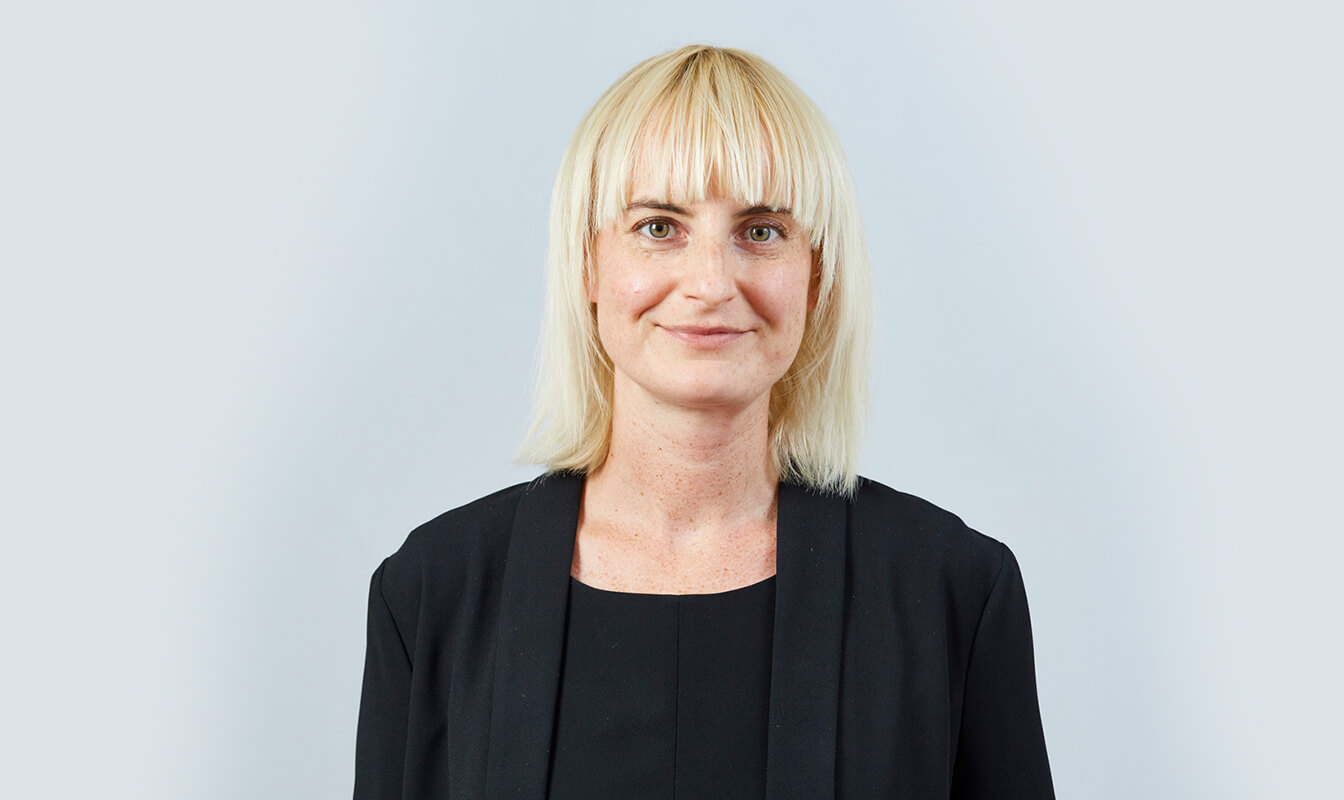 She is meticulous and good with clients, always remembering that the case is about them and not the lawyers. She is good at drafting, clever, and brave on her feet. She does not shy away from difficult issues.The Legal 500, 2021

Kate is a human rights and public law specialist, with an emphasis on inquests, judicial review and civil actions against public authorities. She has a developing Court of Protection practice. Kate was instructed as junior counsel for 22 families in the Hillsborough inquests (2014 to 2016).

Kate is recommended in both Chambers and Partners and The Legal 500 in Administrative and Public Law, Inquests and Inquiries and Civil Liberties and Human Rights.

Kate conducts all types of public law challenge and has a particular interest in cases involving international human rights law. She has substantial experience of bringing judicial review proceedings in the prison law context, including those involving Parole Board decision-making, unlawful detention, prisoner treatment and discrimination. She has also represented and advised claimants in judicial review claims connected with inquests, police matters including decisions of the IPCC, mental health, homelessness and education law. She also has experience of making applications to intervene, including in high-profile cases.

Kate also has experience of representing individuals faced with injunction proceedings, most notably gang injunctions. Her most recent ‘gangbo’ case involved legal argument as to the requirements of article 6 ECHR in this context and resulted in the injunction application being discontinued against her client. Examples of Kate’s work includes:

Kate has substantial experience in coronial law and frequently represents bereaved families at inquests, in particular those involving state culpability. She was instructed on behalf of 22 families in the Hillsborough inquests.

Kate is particularly interested in the parameters of article 2 and is experienced in conducting arguments about the engagement of article 2 in non-standard cases such as those raising issues about the obligations of local authorities dealing with vulnerable children, probation authorities supervising offenders on licence and the obligations of mental health trusts concerning the risks poses by informal patients and those otherwise in their care.

Kate’s experience of representing bereaved families in death in custody cases includes those focusing on ACCT procedures, record keeping and information sharing, and the adequacy of health provision, including mental health provision, for prisoners. She is regularly instructed in inquests touching upon the deaths of formal and informal mental health patients. Kate also deals with inquests considering systemic, tactical and operational policing, including those involving domestic violence, police negotiators and firearms officers.

Kate’s inquest law practice is complemented by her experience in prison law and judicial review.

Civil actions against the police and public authorities

Kate is frequently instructed in civil actions against the police, prisons, healthcare trusts and other public authorities. She is experienced in all types of civil action, including Human Right Act 1998, Equality Act 2010, common law claims in negligence, false imprisonment, assault, malicious prosecution, and misfeasance. HRA claims include those based on Article 2 and Article 3 (failure to discharge positive obligations to protect vulnerable individuals), Article 5 (police and other wrongful detention), and Article 8 (including wrongful disclosure of information).

Kate deals with all aspects of prison law, with an emphasis on judicial review proceedings (see above). She advises and represents claimant prisoners in all types of judicial review challenge including unlawful detention, Parole Board decisions and procedure, categorisation and adjudications, and has experience of bringing habeas corpus applications. She is also experienced in conducting all types of hearing before the Parole Board and has a particular interest in discrimination claims arising in the prison sphere. In addition, Kate has a background in criminal law and has conducted appeal proceedings arising from her prison law practice, notably appeals against IPP sentences and in respect of unlawful sentences and references to the CCRC. Examples of Kate’s work includes:

Kate’s developing Court of Protection experience includes acting on behalf of disabled adults in welfare cases, in particular those involving deprivation of liberty.

Kate has a background in discrimination law, having conducted cases before the Employment Tribunal and EAT with particular emphasis on equal pay litigation. She now deals with discrimination in the public law context and in relation to public authorities (see above). Kate also has considerable experience representing professionals in fitness to practise proceedings before the HCPC and NMC. Examples of Kate’s work includes:

Kate is a specialist in international human rights law. She has been a member of the Executive Committee of the Bar Human Rights Committee (BHRC) since 2018. She completed a Master of Studies in International Human Rights Law (Distinction) at the University of Oxford in 2012.

Kate regularly undertakes advisory and drafting work in IHRL. She has worked with a number of organisations including Oxfam, Advocates for International Development and the Environmental Defender Law Center on a range of international human rights law issues, including fair trial rights, the intersection of IHRL and the environment (impact on local communities of extractive industry and palm oil development) and the export assessment provisions dealing with IHRL and gender based violence in the Arms Trade Treaty.

As a Member of the BHRC Kate has also carried out extensive work on IHRL. She is a contributor to the IBAHRI Toolkit on Lawyers at Risk (launched 24 Jan 2020) and has worked on a range of other human rights issues, including undertaking research for an amicus brief to the Guantanamo Bay Military Tribunal on torture derived evidence and providing research and drafting assistance for an amicus brief in the case of David Ravelo, a Colombian human rights defender.

Kate co-drafted the ECHR application arising from the Hillsborough disaster alleging breach of the state’s procedural obligation under article 2 (Harrison and others v UK Application no. 44301/13)

Kate’s Privacy Notice may be viewed by clicking here.

Inquests and Inquiries: Ranked Tier 1 'Kate Stone acted as part of the team for the Hillsborough inquest, with a practice complemented by expertise in civil claims arising from inquest.' 'She is meticulous and good with clients, always remembering that the case is about them and not the lawyers. She is good at drafting, clever, and brave on her feet. She does not shy away from difficult issues.'The Legal 500 2021
Leading Junior Administrative & Public Law - Northern/North Eastern (Bar): A dependable advocate who takes the time to familiarise herself with the detail. She is well liked by clients. Recent work: Instructed on behalf of the mother in the inquest into the death of Poppi Worthington, a 13-month-old child found to have suffered sexual assault.Chambers and Partners 2019
She is conscientious and great with vulnerable clients.The UK Legal 500 2019
Focuses predominantly on representing bereaved families and other interested parties in inquests. Her public law practice includes judicial reviews challenging coronial decisions and the availability of legal aid funding for inquests. Strengths: "Kate goes above and beyond to provide thorough and detailed advice to clients..." Recent work: Represented 22 of the families in the inquests into the deaths of the 96 victims of the Hillsborough disaster.Chambers and Partners 2018
Leading junior in Inquests and inquiries (Northern): A very meticulous and brave advocate.The UK Legal 500 2017
Leading junior in Administrative and Public Law (The Regions): Instructed to represent claimants in a broad range of administrative and public law cases. She is particularly adept at judicial reviews and inquests which concern prison and human rights law. Strengths: "Her skeleton arguments are excellent. As an advocate, she's on the ball and gets right to the point. She's an economical advocate, which makes her effective." Chambers and Partners 2017
Leading junior in Administrative and Public Law (The Regions): Frequently represents claimants in judicial review and public law proceedings, and has a particular interest in human rights issues. She often acts on behalf of prisoners in challenges to the parole board and Secretary of State and has additional experience of acting in inquests and cases concerning the police. "She is known for handling inquests and enjoys a good reputation in the field." "She's very thorough and very good in the sense that you can just pick up the phone to her. She likes to be involved from start to finish." Recent work: Acted as junior counsel to Peter Weatherby QC in representing 22 families in the Hillsborough inquests concerning the 96 deaths arising from the stadium disaster. Chambers and Partners 2016
Leading junior in Administrative and Public Law (The Regions): Specialises in appearing for claimants in prison law proceedings, particularly in challenges to decisions of the Parole Board and the Home Secretary. She is also experienced in inquests and matters concerning the actions of the police. "She defended a complex case with discretion and vigour, and her pleadings were just brilliant." Recent work: Acted as junior counsel to 22 bereaved families in the Hillsborough Inquests.Chambers and Partners 2015
Leading junior in Administrative and Public Law (The Regions): Widely praised for her handling of a range of public law matters in keeping with the profile of the set.Chambers and Partners 2014
Leading junior in Administrative and Public Law (The Regions): Also at Garden Court North is the "very capable and very able" Kate Stone, whose claimant-based public law offering covers inquests, prison law and actions against the police and other public authorities.Chambers and Partners 2013
Leading junior in Administrative and Public Law (The Regions): Kate Stone is the latest addition to the tables from these chambers. She earns recognition for acting on behalf of claimants in human rights claims. She is also singled out for her detailed knowledge of prison law, and recently conducted a successful judicial review of Parole Board procedures. Commentators say she is "a tenacious advocate who is thoroughly conscientious"." Chambers and Partners 2012