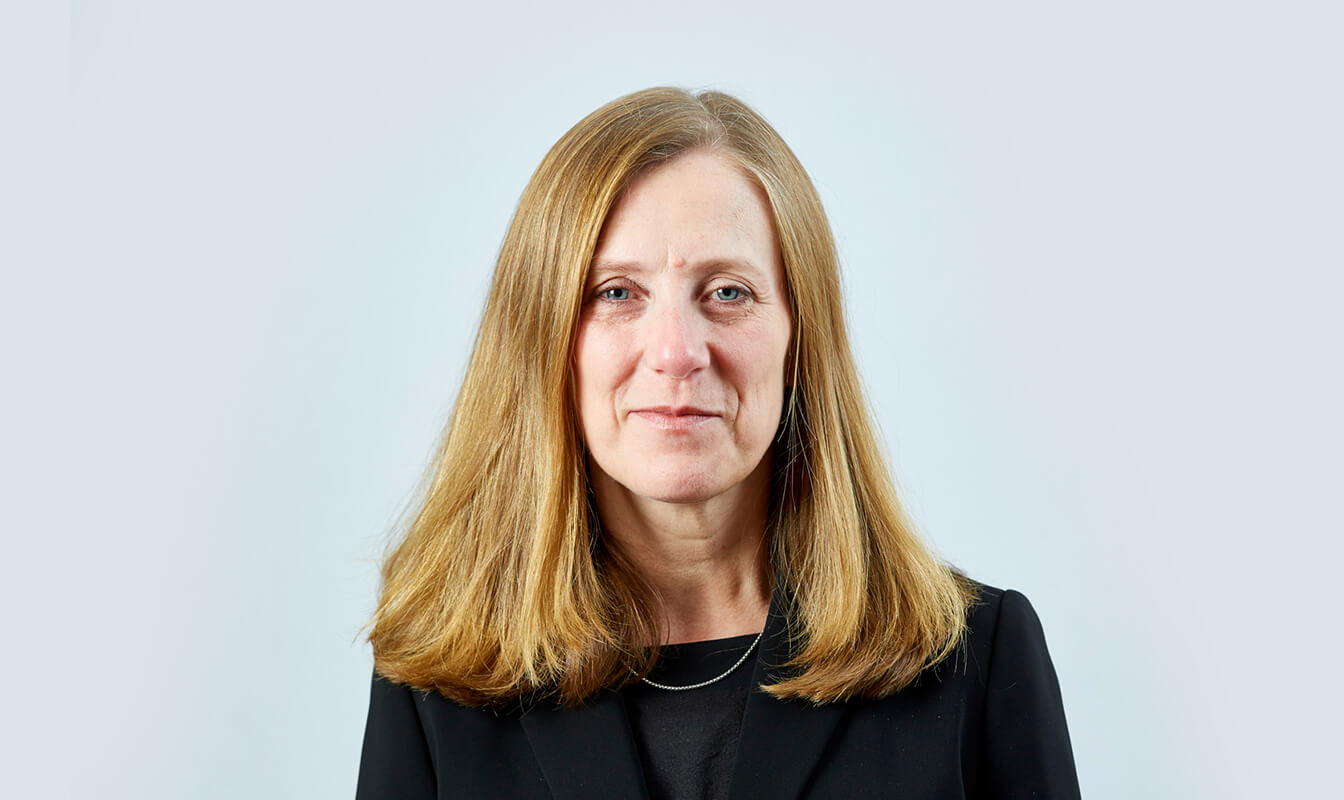 Elizabeth is ranked as a rising star in the 2021 edition of the Legal 500 in both immigration and social housing.

Elizabeth’s practice focuses on immigration and housing, and her particular interest in vulnerable clients is seeing her develop a growing Court of Protection practice. She appears regularly in human rights and asylum appeals in the First Tier and Upper Tribunals of the Immigration and Asylum Chamber and in possession, injunction, committal, unlawful eviction, and disrepair claims. She has acted for clients with serious mental health problems including PTSD and personality disorders, and regularly works with clients with serious drug and alcohol problems. Her work includes judicial review. Elizabeth also accepts instructions on international human rights law and international humanitarian law.

Having worked in human rights since 1998, Elizabeth was called to the Bar in 2015. Prior to being called to the Bar Elizabeth worked for Amnesty International in research, policy and management roles. Her work took her to Yemen, Iraq, and the Philippines where she interviewed many people, in highly stressful circumstances, about their experiences of human rights abuse, persecution, and conflict. She also developed guidelines on gathering information from vulnerable individuals, including victims of torture and children. This experience informs both her interaction with clients and her advocacy on their behalf. Her move to the Bar was driven by a desire to apply her skills and knowledge to securing concrete change for individuals.

After working at Amnesty International, Elizabeth moved into research and advisory work working for think tanks, NGOs, and universities. This work focused on using human rights law, including the Human Rights Act 1998, to combat poverty and inequality. She has published in leading academic journals, provided training on the effective use of international law in human rights research and campaigning, and participated in various expert meetings and seminars.

She became a tenant at Garden Court North in 2016 after completing pupillage under the supervision of Ben McCormack.

Elizabeth appears regularly in the County Courts defending possession, injunction, and committal proceedings. She has also appeared for claimants in unlawful eviction and disrepair cases. She has experience of cases where litigation capacity has become an issue and is particularly interested in ensuring such clients are able to access the protections available to them.

Examples of her work include:

Elizabeth has wide experience of discrimination, in particular with reference to her housing work. She frequently identifies defences to possession claims on the basis of the Equality Act 2010. She has also worked on cases involving housing providers’ failure to make reasonable adjustments for those with disabilities. In such cases she endeavours to secure quick, practical and just outcomes for her clients. The Legal 500 2021 described her work on housing and the Equality Act 2010 as particularly strong.

This case concerned a disabled tenant and her disabled son, each with different complex needs requiring different reasonable adaptations to their property. Decisions by the local authority as to adaptations and funding of the same were taken, and information provided, in confusing and piecemeal fashion. Detailed consideration of the many exchanges between the parties and a letter before action for judicial review were followed by a commitment from the local authority that new decisions would be made.

This case concerned an application for an injunction to require the housing provider to make urgent reasonable adjustments, without which the client was unable to access washing facilities. Legal aid funding was secured on the basis of advice from Elizabeth and after discussion between the parties a consent order was agreed – ensuring that work would be done quickly without the need for court hearings.

Elizabeth appears regularly in immigration and asylum appeals in both the First-Tier and Upper Tribunals. Her work focuses on asylum and human rights appeals, and she also regularly appears in bail applications for those in immigration detention. Her asylum work has included claims based on all four refugee grounds, but she takes a particular interest in cases involving the definition of ‘particular social group’ – especially where this involves risk as a result of transgressing social or cultural mores. Her work includes appeals based on Article 8 rights to family and private life, including those relying on paragraphs EX1 and 276 ADE of the Immigration Rules and the reasonableness of expecting children to leave the UK. Elizabeth advises on the merits of, and drafts grounds for, appeals to the Upper Tribunal and judicial review of Upper Tribunal permission decisions.

Her notable cases include:

Elizabeth has experience of section 21A MCA applications, acting for the Official Solicitor and other litigation friends.

Elizabeth’s public law practice focuses on immigration and housing. She advises on the merits of cases, drafts grounds for judicial review, and appears before the courts. By way of example:

Elizabeth has provided specialist legal and policy advice on numerous applications to the UN special procedures and treaty bodies, amicus curiae briefs, and Amnesty International country reports. Her international work has focused on Africa and the Middle East, with particular expertise in international humanitarian law, human rights law on economic, social and cultural rights, and poverty. Elizabeth has carried out research and published on the practical impact and implementation of international law.

Elizabeth has led human rights research missions to Iraq, the Philippines and Yemen identifying breaches of international law by state and non-state actors. As Deputy Director of Amnesty’s Africa program, she managed teams carrying out research in Zimbabwe, Gambia and Nigeria, responsible for strategic aims, research methodology, and publications, as well as security and budgets.

Elizabeth has provided training on IHRL and IHL and has lectured for the University of Tulsa, delivering a comprehensive international law module to post-graduate students, covering IHRL, IHL, international law on the use of force, and international refugee law. Elizabeth has spoken at academic conferences, seminars and expert round tables in the UK, Ethiopia and Belgium.

Elizabeth’s international work has focused on countries experiencing armed conflict. At Amnesty International she led policy and legal work on the Darfur conflict working closely with the research team to identify breaches of IHL (as well as IHRL) in a non-international armed conflict and to devise recommendations to governments and the international community. She co-led Amnesty International’s crisis team on Iraq in 2002-3, travelling to Baghdad, Mosul, Kirkuk and Irbil, holding meetings with victims of abuse, the US military, and women’s organisations. Struck by the horror of armed conflict’s impact on wider economic and social rights, and the limitations of IHL in this regard, Elizabeth undertook research on the complex relationship between IHL and IHRL and the right to water, publishing this in the International Journal of Human Rights.

Elizabeth has given specialist legal and policy advice on numerous applications to UN special procedures and treaty bodies, amicus curiae and Amnesty International country reports. Her work has covered much of Africa, and Iraq, Yemen and Saudi Arabia, covering key rights under the ICCPR, in particular the non-derogable rights to life, and to not to be tortured or subjected to cruel, inhuman and degrading treatment, and to liberty. Examples of the scope of her work include the death penalty in Nigeria, slavery in Mauritania, violence against women in Democratic Republic of Congo, and policing in Zimbabwe.

She has advised on publications concerning international standards on fair trial and on how to conduct human rights research, in particular concerning children.

Elizabeth has researched, written and advised on the impact and implementation of international human rights decisions, including those of the European Court of Human Rights and the African Commission on Human and People’s Rights.

Elizabeth’s Privacy Notice may be viewed by clicking here.

Rising star Elizabeth Mottershaw is 'particularly strong with cases involving the interplay between the Equality Act 2010 and housing law'.Legal 500 2021 (Social Housing)
Very thorough and careful in analysing a case. Calm and methodical in her advocacy.Legal 500 2021 (Social Housing)
Clear, measured, determined, and replies promptly. A safe pair of hands. Legal 500 2021 (Immigration)
A very reliable and committed barrister who always provides attention to detail. Elizabeth is very approachable and always at hand to assist. She has a wealth of knowledge and her approach to instructions are always with empathy for clients and concrete delivery of work.Minesh Dhokia, Oakmount Law
Elizabeth approaches even the most complex cases with a calm confidence which comes from her ability to quickly identify the key issues and anticipate the arguments of the other side. She communicates this confidence to the clients and I have had nothing but positive feedback for her advocacy skills. As a solicitor, she is a pleasure to work with as she keeps you fully informed along the way and is pretty much unflappable.Jo Renshaw, Turpin Miller
Elizabeth is a very professional and compassionate barrister. She is very dedicated, efficient and very thorough. She is both approachable and very reliable. Elizabeth is empathic and expresses sensitivity in cases of such a nature. Elizabeth possess extensive knowledge in her designated areas of practice which is evident from the numerous seminars she has delivered and journals/articles she has produced. Elizabeth is a warm, friendly and supportive barrister who is always on hand to offer her expertise and services.Samiya Hashmi, Dicksons Solicitors
I have worked with Elizabeth on several occasions and I have always been very pleased with her work. She is hardworking, approachable and a pleasure to work with. Elizabeth has shown herself able to deal with a wide range of cases, no matter how complicated and is also willing to take difficult decisions when necessary. I look forward to working with her again in the future.Paragon Law