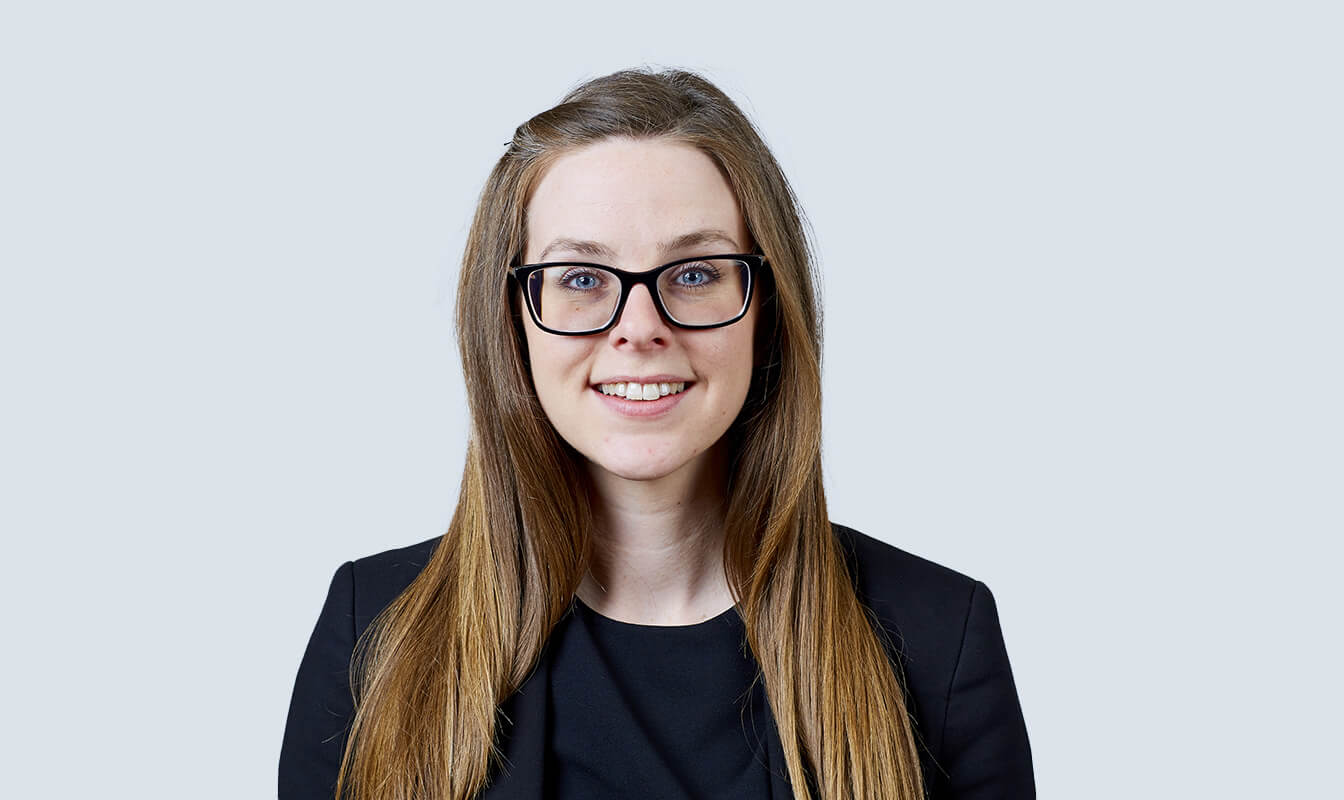 Ciara Bartlam is a member of our Inquests and Inquiries team and specialises in representing bereaved families whose loved ones have died in the community. Ciara’s expertise in housing, mental health and social care law gives her a unique edge in complex inquests arising from deaths in the community, particularly those who have died in supported accommodation settings such as:

Ciara has particular experience working with young people and on inquests related to the deaths of young people to whom the state has owed social care responsibilities. Ciara stands out as an advocate because of her personable and kind manner, attention to detail and fearless representation on behalf of families.

Before becoming a barrister, Ciara worked as a specialist homeless officer with 16 and 17 year olds and care leavers in Children’s Services. As part of this role, Ciara worked strategically and operationally with front-line workers and managers in Children’s and Adult’s social care, CCG and NHS, drug and alcohol services, youth offending teams, housing – including local authority, rough sleeper teams, night shelters, foyers, supported accommodation providers and the private-rented sector – and community mental health teams. She has experience of working with young people with complex and multiple needs, including histories of trauma, exploitation, and offending.

Ciara is part of a coalition of academics, lawyers, medical professionals, support workers, journalists, and local authority officers campaigning for change to prevent homeless deaths, which have increased by 37% during the pandemic while ‘Everyone In’ was in force. You can read more about this work here.

Outside of her work as a barrister, Ciara is a Young Legal Aid Lawyers committee member and a Greater Manchester Law Centre executive committee member, where she contributes to strategic planning, building the next generation of social welfare lawyers and community outreach.

Ciara's pronouns are she/her or they/them.

Ciara has acted in inquests across a range of different settings, including custody, hospital, care homes and elsewhere in the community.

Some of Ciara’s recent cases include:

Re MM and JI (November 2021): a two-week inquest in front of HM Senior Coroner Alan Wilson assisted by Counsel to the Inquest. MM was a 17 year old young person and son to JI. Following an assault against JI in 2010 and the death of MM’s father in 2016, JI – and later MM – developed symptoms of psychosis and was admitted to an inpatient psychiatric unit for treatment. Less than a year later, MM was admitted to a Children and Adolescent psychiatric unit and spent most of the next year and a half of his life detained under section 3. In contrast to his previous discharge, MM was discharged to JI’s care in January 2020 without support from Children’s Services. Tragically, MM committed suicide in May 2020 and JI died one month later.

MM and JI’s inquests were joined following submissions from the family and reported here and here. After hearing evidence from the Trust that a child or young person’s case will regularly close to Children’s social care when they are admitted to a psychiatric inpatient unit, the Coroner made a report to prevent future deaths addressed to Gillian Keegan MP, Minister of State for Care and Mental Health, which can be found here.

Re KM (November 2021): HM Senior Coroner Julie Goulding returned a narrative conclusion describing how safeguarding concerns for KM – a mum of five children – were not escalated by her GP and should have been.

Re SW (October 2021): a six-day inquest before a coroner sitting with a jury. SW was a dearly loved friend who spent most of her childhood in care and much of her adulthood in custody on an IPP sentence. In June 2018, SW was released to a general needs Approved Premises for the first 12 weeks and was later moved to supported accommodation. SW had a diagnosis of borderline personality disorder and struggled to acclimatise to life in the community. Fortunately, she had the support of two very good friends who alerted her accommodation provider to concerns that she intended to take an overdose on 18 November 2018. Although welfare checks were carried out, no attempt was made to wake SW after about 6pm and she was sadly found dead the next day.

SW’s inquest was reported here. During the investigation, the accommodation provider took steps to put in place new measures to protect the lives of its residents, details of which can be found here.

Re NS (September 2021): NS tragically died in November 2017 having fallen from a party boat in Amsterdam. The case was reported here, here and here. Due to concerns around future risks to other party-goers, HM Senior Coroner Karen Dilks made a report to prevent future deaths addressed to the UK-based events organisers which can be found here.

Re MB (September 2021): before a coroner sitting with a jury. MB telephoned the police in a state of distress twice during one evening. The second call handler decided that a welfare check was required but sadly this was not carried out and the call was deprioritised shortly before MB was found unconscious. The Coroner agreed that Article 2 was engaged and directed the jury on a narrative conclusion but the jury could not make a finding on causation.

Before joining GCN as a pupil in 2018, Ciara regularly represented clients in ESA appeals through her work at the Greater Manchester Law Centre. More recently, Ciara has worked closely with Tom Royston on a number of Judicial Review claims including R (Kauser and JL) v SSWP where the Secretary of State conceded operating an unlawful policy of refusing Universal Credit (‘UC’) claims for disabled students (see our press release here).

Ciara was also junior counsel to Tom in the case of R (Caine) v SSWP [2020] EWHC 2482 (Admin) (a challenge to the calculation of the housing costs element of UC). Although unsuccessful, Mr Justice Julian Knowles praised both Ciara and Tom for the ‘manifest skill’ with which they had prepared and presented the claim.

Ciara also appeared before UT Judge Ward in the reported case of MOC v SSWP [2020] UKUT 134 (AAC), [2020] PTSR 1337. Unfortunately, due to a period of ill-health, Ciara was unable to continue with the appeal but was successful in obtaining permission to appeal to the Court of Appeal.

Ciara’s Privacy Notice may be viewed by clicking here