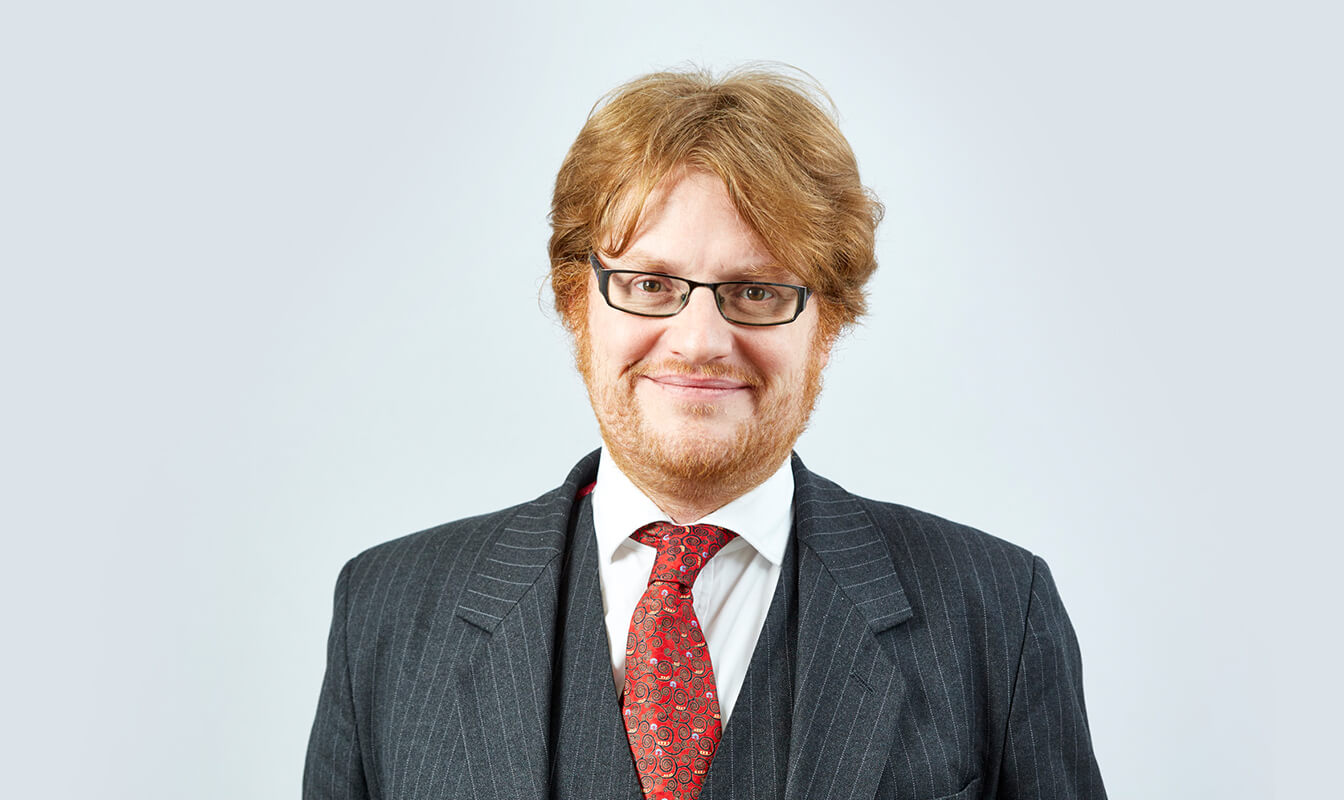 He is prepared to take on challenging and groundbreaking cases.

Alex is a public law and housing specialist. He has a wealth of experience in public law and especially in Human Rights related cases.  He has been counsel in significant cases in both the Supreme Court and the European Court of Human Rights, which have resulted in substantial changes in UK law.  Throughout his career he has represented the disadvantaged against the State and public authorities, seeking to hold them to account.

Alex has experience up to and including both the Supreme Court and European Court of Human Rights.  He represented the occupants of land in some of the most significant cases on the scope of Article 8 ECHR and played an important role in establishing Article 8 and proportionality as a valid defence to possession claims. This includes:

Alex is currently involved in a challenge to the compatibility of the legislative scheme governing the disclosure of spent convictions and the compulsory disclosure of certain offences on DBS certificates (R(P) v Secretary of State for the Home Department [2017] EWCA Civ 321; [2017] 2 Cr. App. R. 12). The Secretary of State’s appeal is expected to be heard in the Supreme Court in mid-2018.

Alex is expert in cases involving the Gypsy and Traveller community, including declarations of incompatibility.  He is also familiar with planning inquiries, planning enforcement (in both the civil and criminal courts), associated challenges and mediation.   Between 2005 and 2011 he represented the residents of the “Dale Farm” site in Basildon, Essex, the UK’s largest unauthorized Gypsy and Traveller site.  He continues to represent members of that community in on going homelessness appeals. Examples of his work include:

Alex has a wide range of experience including challenges to coronial decisions in respect to Article 2 ECHR, quasi-public law challenges to decisions of regulatory bodies (GMC, NMC) on behalf of their members, challenging LAA contracting and funding decisions, challenges to public procurement decisions, schools and education cases, taxi licensing decisions and provision of services and funding to the disabled.  Alex is, of course, very familiar with public law challenges to homelessness decisions including out of hours applications. He has successfully pursued Article 3 points before the ECtHR in Strasbourg and has advised on the human rights element of a class action for damages brought against the UK government by former internees during the Kenyan Emergency (Mau Mau). His cases include:

Alex has been counsel in some of the leading cases on the scope of Article 8 in possession actions.  His housing practice includes both residential housing and defending claims for possession of land occupied by persons without permission, whether anti-fracking protestors, homeless protesters or members of the Gypsy and Traveller community.  He has extensive experience over a much wider range, including homelessness, housing allocation, unlawful eviction, disrepair and disability discrimination.   The latter is of particular interest to him for personal reasons.  He has experience in cases involving Houses in Multiple Occupation and of representing clients with mental health issues.

Alex has challenged decisions in this area for many years, including planning decisions (on behalf of Gypsies and Travellers), advising on judicial review/human rights cases around school admissions and decisions as to whether or not to prosecute parents for the non-attendance of children at school.

Alex has experience of challenging decisions in this area including housing allocation for the disabled and the provision of funding for further education placements.  His expertise in judicial review and human rights is an obvious strength in this area.  He also accepts instructions acting for vulnerable parties in Court of Protection proceedings.

Alex represents and advises appellants in disciplinary matters against the Nursing and Midwifery Council and Teaching Agency.  He has substantial experience of conducting hearings before the General Medical Council.  This includes interim orders, fitness to practice hearings and challenges by way of judicial review.

He has regularly been involved in fatal accident cases involving the Health and Safety Executive as a result of company failures to safeguard employees or the wider public while at work.

Alex’s practice covers both inquests themselves and consequential applications for judicial review. A number of inquests have included arguments about the appropriateness of holding an Article 2 inquest, the scope of Article 2, and Jamieson-style inquests where Article 2 does not apply.  Alex also has experience of challenging coronial decisions in respect of Article 2.

He appeared in the successful claim for violation of Article 3 ECHR arising from treatment of deceased in custody in McGlinchey v United Kingdom (2003) 37 EHRR 41.

Alex deals regularly with discrimination issues in his housing practice and has experience of arguing these issues in the Administrative Court in his public law work. See, for example, R (Mahoney) v Secretary of State for Communities and Local Government [2015] EWHC 589 (Admin); [2015] RVR 237.

Alex is a highly experienced public law practitioner.  He has experience of judicial review proceedings in community care.

Supreme Court and House of Lords

Alex’s Privacy Notice may be viewed by clicking here.