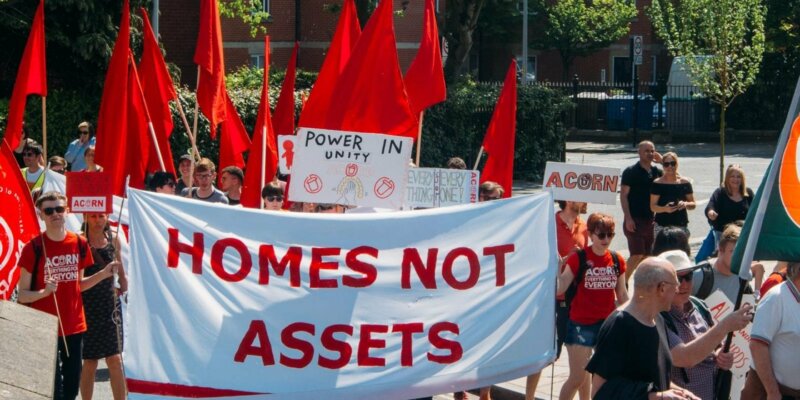 The White Paper putting forward the Renters’ Reform Bill, first proposed in April 2019, is due in May. It will lay out a set of suggested new laws which, according to the Conservative manifesto, promise ‘a better deal for renters’.

One of the most high-profile promises, and something campaigners have fought hard for, is the abolition of section 21 notices, also known as “no fault evictions.”

This spring, we have seen rallies across the country for Renters’ Reform. A wide coalition of campaign groups and community unions are demanding that government make meaningful changes to the law to remove some of the insecurities tenants experience while renting. Campaigners are focussing on the experience of those in private renting, as opposed to council or social tenants.

What are Section 21 Notices/no fault evictions?

Assured shorthold tenancies are the most common form of tenancy in England. These tenancies have a short “fixed term”, which is often six months long but can be longer. After the fixed term, a landlord can apply to the court to evict their tenant. They can do this by serving a Section 21 Notice. This is a form which must be delivered to the tenant, giving them two months’ notice to leave the property. After these two months, the landlord can apply to the court for a court order stating that the tenant must leave if they haven’t done so already.

Who does housing law protect?

Some areas of law concern disputes between parties where there is an evident imbalance of power. Politics, business interests and societal values all have an impact on laws that are created in these areas. Housing law is an obvious example, because it concerns balancing landlords’ property rights and tenants’ housing rights.

Private landlords manage properties they own for profit. Their rights, protected by law, concern issues such as their ability to increase rent; access a property to carry out repairs; and remove a tenant they do not want in a property.

Tenants pay rent which provides the landlord with an income or pays off the landlord’s mortgage. In return, tenants get rights such as the requirement that the landlord needs to follow proper procedure before evicting them, and the right live in conditions fit for human habitation.

However responsible a landlord is, there is an evident, inherent imbalance in this relationship which is regulated by law. Landlords have profit at stake and property in their hands. Tenants need a roof over their head. However, tenants’ ability to negotiate is currently limited by the highest rental growth in 13 years and soaring demand in the rental market. Eviction is the number one cause of homelessness, demonstrating how high the stakes are for tenants. Both parties sign an agreement, but landlords don’t face homelessness if it is broken.

Both landlords and tenants campaign for laws which protect their rights and both say a balance must be struck. Landlords say they have a right to possess, access and profit from their property, and tenants say they have a right to secure homes that they can call their own, where they can put down roots, free from the worry of the upheaval and cost of an unexpected house move – especially when they pay the rent and abide by their tenancy conditions. The right to evict is a key battleground in this struggle. In part because of the imbalance of power described above and because of how much tenants have to lose, tenants’ groups say that the system is flawed and that greater protections need to be in place.

A glance at housing market trends shows how tenants face extra hardship and vulnerability when landlords can make profit by replacing them. One of many reports by Generation Rent and the Oxford Academic David Adler shows that trends in Section 21 evictions follow house prices.

In the last few years, the statistics have been more complex and evictions were paused by the Coronavirus Act 2020. However, between April 2019 and November 2021 more than 25,000 landlord possession claims have been heard in county courts. Some estimates suggest 694,000 renters received Section 21 Notices during the pandemic, which is one in 12 private renters. A 2019 survey by the National Residential Landlords’ Association showed that where landlords act to remove a tenant, they are five times more likely to serve a Section 21 notice rather than a Section 8 notice (a type of eviction which requires “fault” by the tenant such as rent arrears or anti-social behaviour). In 2017-18, 69% of private renters who moved because they were asked to by their landlord did so because the landlord wanted to sell or re-let the property.

Out on a whim

Without protections and rights, tenants are taken on and evicted at the whim of the market. It depends on what is most profitable for the landlord at that point in time. Many landlords want to keep tenants long-term and keep their rents at a stable level regardless of changes in the market, however, the numbers show that this is not how the market works on the whole.

This brings into question, what we value more: the freedom of landlords to exercise their property rights, or the freedom of tenants to live without fear of eviction?

Some may say the situation is fair: businesses change to reflect supply and demand. Landlords’ groups state that in order to retain sufficient supply of housing during times of high demand, ‘tools must exist that facilitate the regaining of possession of properties if needed’.

However, other countries manage housing in a very different way. Many countries have much longer leases and the average time tenants spend in their homes is much higher. Tenants have stronger rights to renewal (staying in the property after the fixed term) than landlords’ rights to possession.

England and Wales have some of the quickest and easiest ways for landlords to evict tenants when compared with other countries. Half of Australian states don’t allow a landlord to resume possession without good reason, such as fault by the tenant. In France, landlords can’t evict tenants between 1 November to 15 March. Outside these months, even if there is unpaid rent, a judge can choose not to evict a tenant during the lease period, and instead give them time to pay the rent. In Slovakia, a landlord is required to find alternative housing if the evicted tenant is responsible for a child or dependent person.

Some landlords’ groups argue that relaxed rules on eviction will encourage more landlords to go into business and therefore increase the supply of housing, but countries with the highest rates of private tenants (Austria, Germany) also offer the highest levels of protection. In fact, many specialists think that stronger protections for tenants helps to develop the private rental market.

Whether tenants have safe, secure and stable housing is a political and legislative choice. It’s a question of priorities: the freedom of landlords to exercise their property rights, or the freedom of tenants to live without fear of eviction.

Housing law strikes a balance somewhere between the two. The politics, views and government of the day dictate where to strike that balance. Tenants’ groups are arguing that there is an urgent need for the move towards renters’ rights. Generation Rent, a group in the Renters’ Reform Coalition, is urging the government to implement several changes. These changes include the introduction of indefinite tenancies, relocation payments for tenants forced to move, and a permanent winter truce on enforcement action. The full list of proposals can be found in Generation Rent’s report – A safe place to call home.

The Renters’ Reform Bill was first proposed in April 2019 so groups in the Renters’ Reform Coalition and those who represent tenants in housing proceedings no doubt hope that it will be worth the wait – a wait coming up for 18 times the length of notice for tenants facing no-fault eviction.

This article was written by Rosalind Burgin. 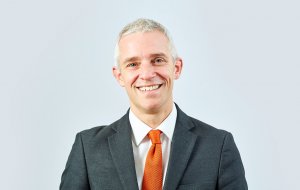